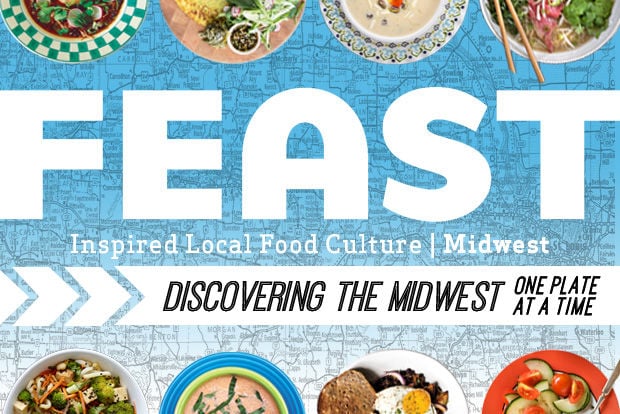 Feast Magazine broadens the conversation about food and engages a large, hungry audience of food-lovers.

Our large-format print magazine is the backbone of the Feast Magazine brand and covers the entire state of Missouri with a focus on St. Louis and Kansas City, as well as Eastern Kansas and Southern Illinois. The magazine, which launched in August 2010, distributes 105,000 copies across the region, including 55,000 in the St. Louis area; 35,000 in the Kansas City area; and 15,000 in Columbia, Jefferson City, Springfield, Rolla and throughout Missouri’s wine regions.

Feast’s digital content offers an expanded online and social media presence. Those looking for a taste of their hometowns or seeking new places to explore will get instant access to all of the region’s best food and drink through Feast’s digital outlets.

Feast TV, the magazine’s Emmy-winning half-hour television program, showcases the people and places that define the flavor of our region. Feast TV can be seen on PBS stations across the region, including the Nine Network in St. Louis, KCPT in Kansas City, KMOS in mid-Missouri and WSIU in Illinois.

Media’s strength is measured by its voice and Feast is constantly expanding its reach through live events, cooking classes, wine tastings, cross promotions, appearances on radio and television and sponsorships.

Feast is an active part of food and drink in this region, one that positively promotes the local culinary scene and encourages growth in the industry.

Feast Magazine has received a number of awards since its August 2010 launch, including:

Feast Magazine does not accept unsolicited manuscripts, photographs or artwork. Submissions will not be returned.

All rights reserved. Reproduction, in whole or in part, of any content published by Feast Magazine, is prohibited without written permission of the publisher.