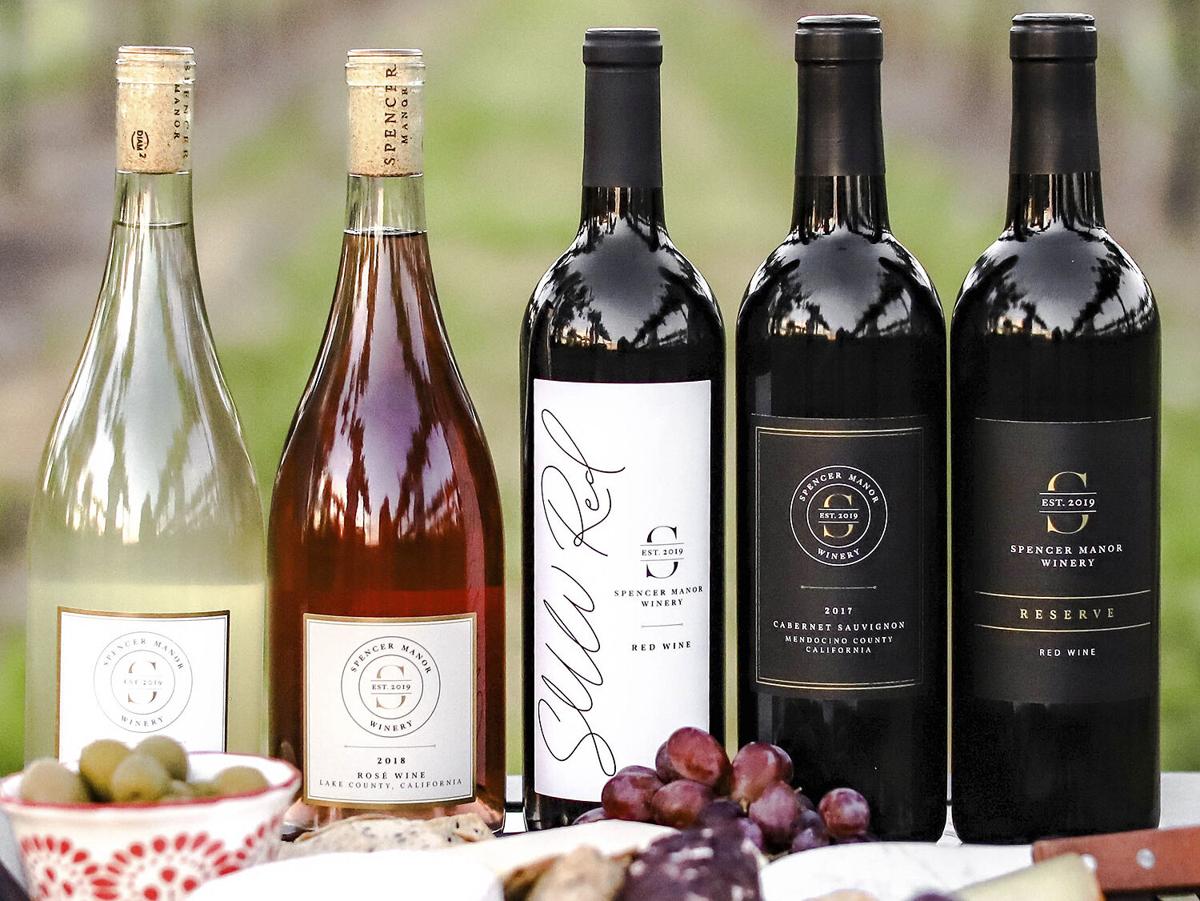 Spencer Manor Winery works with a vineyard in the famed Russian River Valley to grow its grapes. 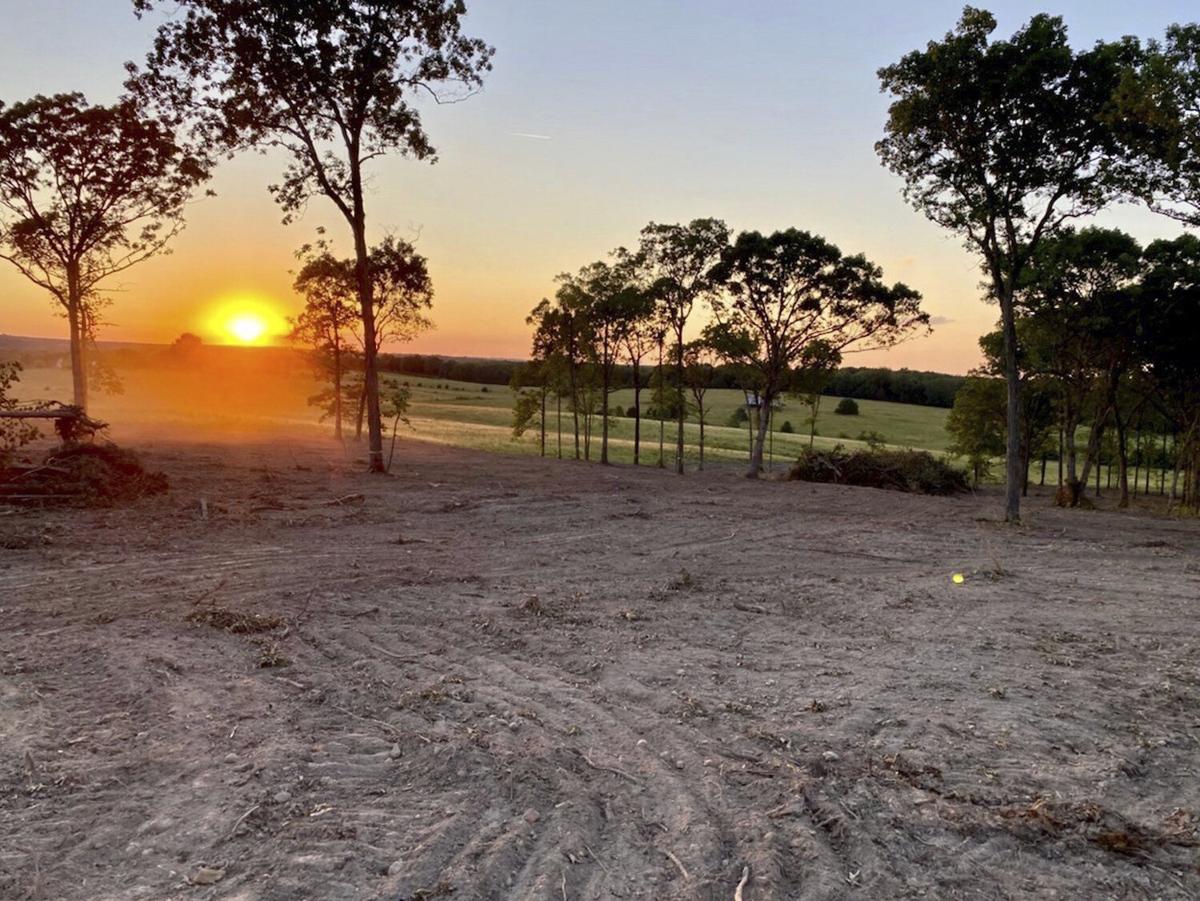 Next year, Spencer Manor will open its own vineyards and tasting room.

Spencer Manor Winery works with a vineyard in the famed Russian River Valley to grow its grapes.

Next year, Spencer Manor will open its own vineyards and tasting room.

Spencer Manor Winery began with a little bit of romance.

Several years ago, when they got engaged, Chris Spencer made his future wife, Kelly, a wedding present: 25 bottles of Cabernet Sauvignon.

“We’ve been making wine since about [2009] when we lived in Soulard. We started buying grapes and experimenting with it,” Chris says of their first foray into winemaking. Each bottle is labeled, from the first anniversary to the 25th.

The couple moved to St. James a few years later, where they started making wine in earnest. 2017 was the first commercial vintage of Spencer Manor Winery. The Spencers bought a building in downtown St. James and planned to open a temporary tasting room there last spring. Then COVID hit.

“We decided to shift everything online [for now] because the virus was going on and the vintage was ready,” he says. “What we’re really excited about doing is what I’d call higher-end dry Cabs; this is what we’re really wanting to focus on.”

Spencer Manor contracted with a single vineyard in the famed Russian River Valley in Mendocino County, California. They’re able to work with the grape-grower and control how the fruit is managed. The Spencers plan to grow their own grapes, but they wanted to start with their favorite wine, Cabernet Sauvignon.

COVID pending, Spencer Manor’s tasting room and winery will open in St. James in fall 2021. The Spencers are putting in wine caves for aging, and say they have one of the best views in town.

Ultimately, they plan to debut wines made from their own grapes.

“We wanted to get off the ground sooner rather than later,” Chris explains. “This spring we're planting our first vineyard on our property [in St. James]: a grape called Crimson Cabernet, which is a cross of Cabernet Sauvignon and Norton. We’re also going to plant Cabernet Franc – and there's not many vineyards in Missouri that are growing vinifera Cabernet Franc specifically. We really want the Missouri grape program [at Spencer Manor] to be focused around Cabernet Franc.”

It will take a few years, of course, to produce the fruit and bottle those wines; in the meantime, though, you can order three different reds from Spencer Manor’s website.

The SMW Red is a “very approachable” blend of Cabernet and Zinfandel grapes at once jammy and fruity from the Cabernet with backbone from the Zinfandel. The aforementioned single-vineyard Cabernet Sauvignon has a big body with lots of tannins, while Spencer Manor Reserve, the third offering, is a Bordeaux blend, very tannic with notes of oak and leather. At the moment, Chris favors the Reserve while Kelly goes for the SMW.

“It depends on what we’re eating,” she says with a laugh.

Look out for a tasting around the holidays at Chateau Maplewood in St. Louis County (if it’s safe to do so); Chris also says there will be pickup and deliveries in the St. Louis area until Spencer Manor Winery opens its doors to the public in St. James.

“We really hope to be a destination where people from the St. Louis area want to come out and see us,” Kelly says. “We're going to have a nice tasting room and a lot of patio space – someplace to come and relax and get away for a bit.”

Nancy Stiles is a freelance writer based in St. Louis.

In St. Louis, Perfectly Pastry serves up keto- and diabetic-friendly desserts from a late-in-life baker

Need a healthy snack to take on the go? Stock up on freeze-dried goodies from Fast and Forever Foods in Springfield