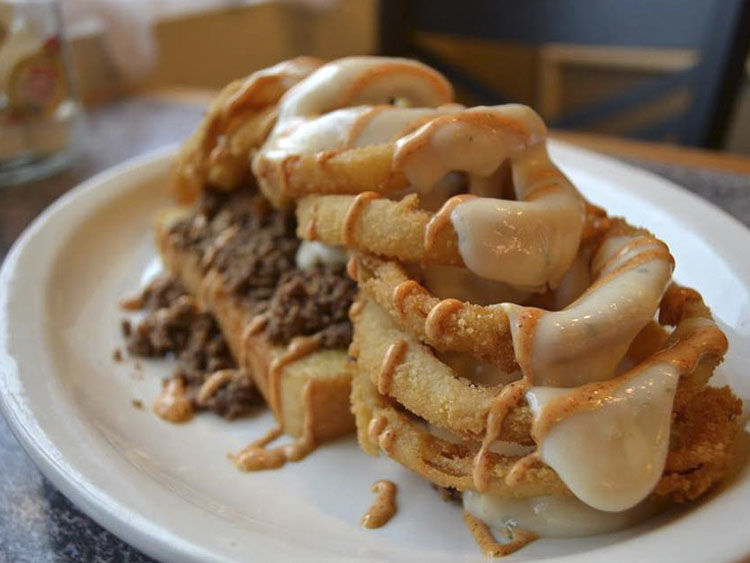 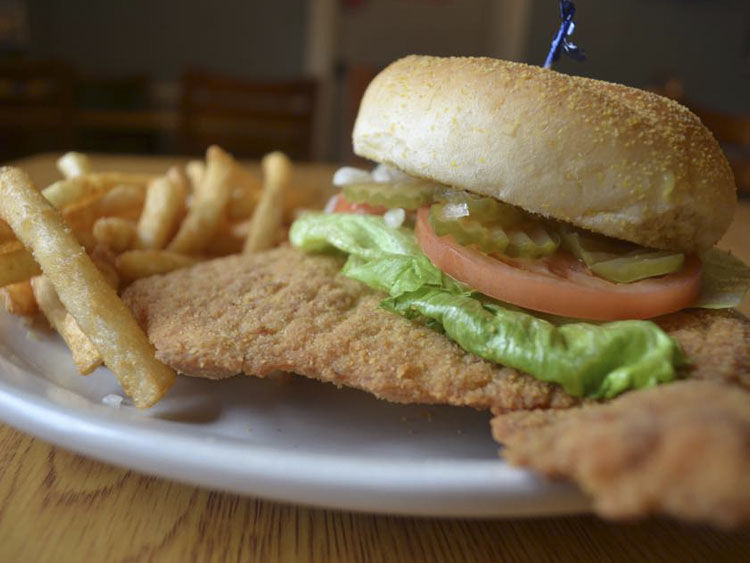 The classic tenderloin features breaded and fried pork tenderloin on a toasted brioche bun with lettuce, tomato, onion and pickle. 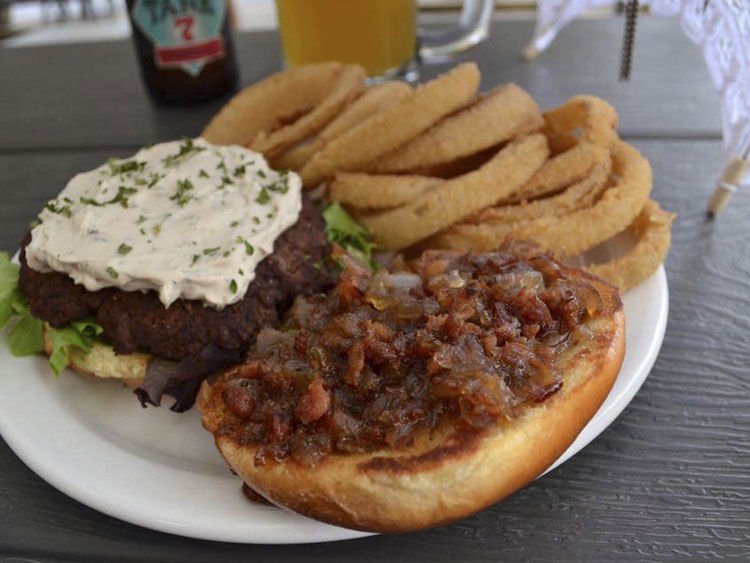 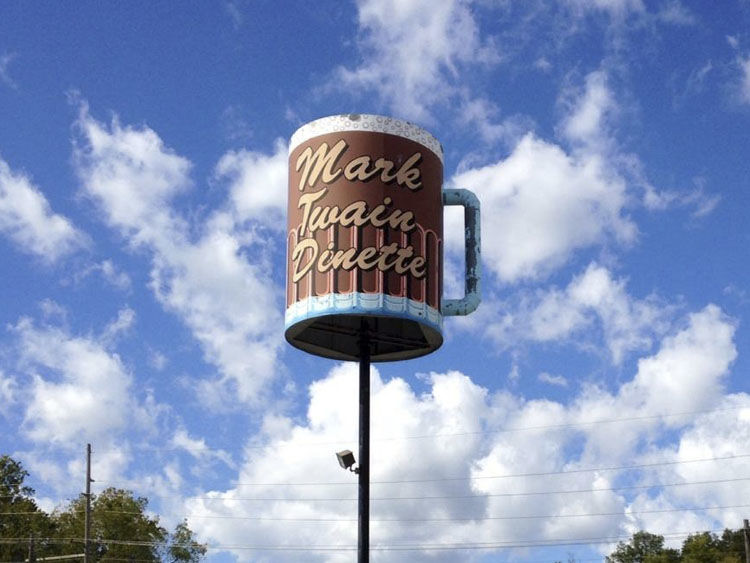 Kenna Bogue gets a lot of questions about horseshoes. And tenderloins. And Maid-Rite meat.

As co-owner of Mark Twain Dinette in Hannibal, Missouri, Bogue sees a lot of tourists throughout the year who aren't familiar with the regional specialties. The Dinette Horseshoe, for example, is what Bogue describes as the culmination of the most popular things at the restaurant: Maid-Rite loose meat on Texas toast, topped with its famous onion rings, cheese sauce and chile-ranch sauce.

Mark Twain Dinette was opened in 1942 by M.E. Pennewell with a 13-seat steel counter, serving breakfast and sandwiches, including loose meat. Bogue's grandfather, John, began managing Mark Twain Dinette in 1976 and bought it outright in 1985. Bogue and her father, Jody, bought the restaurant in 2015 and moved to Hannibal from St. Louis so John could retire.

"There's a different perception of restaurants in Hannibal, so [we're] trying to keep it up to date, and being aware of what other restaurants are doing," Bogue says. "Locals in Hannibal are expecting [the classics], and people who are tourists – we are a really big tourist area – they're expecting what they get in St Louis."

Bogue says she gets inspiration from traveling, as well as Instagram and restaurant magazines. Last fall, Mark Twain did a battle of the burgers inspired by a similar program at Baileys' Range in St. Louis; each week, two burger specials are pitted against each other, and whichever gets ordered the most ends up on the menu.

"That forced us to come up with something new every week. and one of the things we did was the Grilled Cheezus burger, which everybody loved," she says, referring to a burger served between two grilled-cheese sandwiches with Gouda, Cheddar, lettuce, tomato onion and pickle. "We tried a lot of different things: We did pizza burgers, we did a Steampunk Burger, which is one of the most popular things we’ve added recently."

While the diner originally seated 13, after more than 70 years of expansion, Mark Twain Dinette can now seat around 200 inside, with an outdoor patio that seats and additional 80 to 100.

"[My goal is] being more transparent – a lot of places in Hannibal, they don’t do gluten-free, they don’t do anything vegan or vegetarian," Bogue says. "We're trying to keep ourselves open-minded to people with other dietary needs, and keep [those dishes] interesting, not just an iceberg salad, which is what a lot of places in smaller towns generally do. Just keeping fresher ingredients and things that are interesting and different, and not just plain Jane."

Nancy Stiles is a freelance writer based in St. Louis.

The classic tenderloin features breaded and fried pork tenderloin on a toasted brioche bun with lettuce, tomato, onion and pickle.