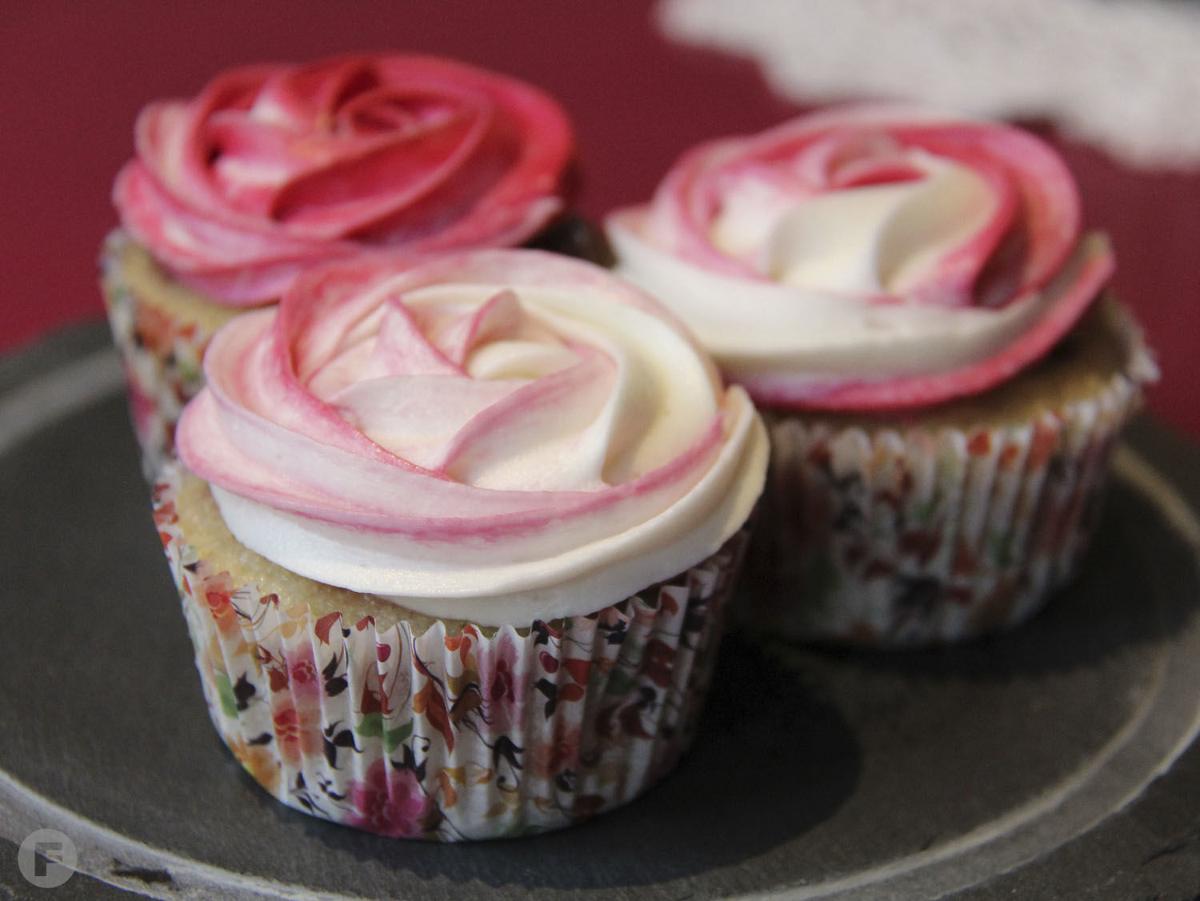 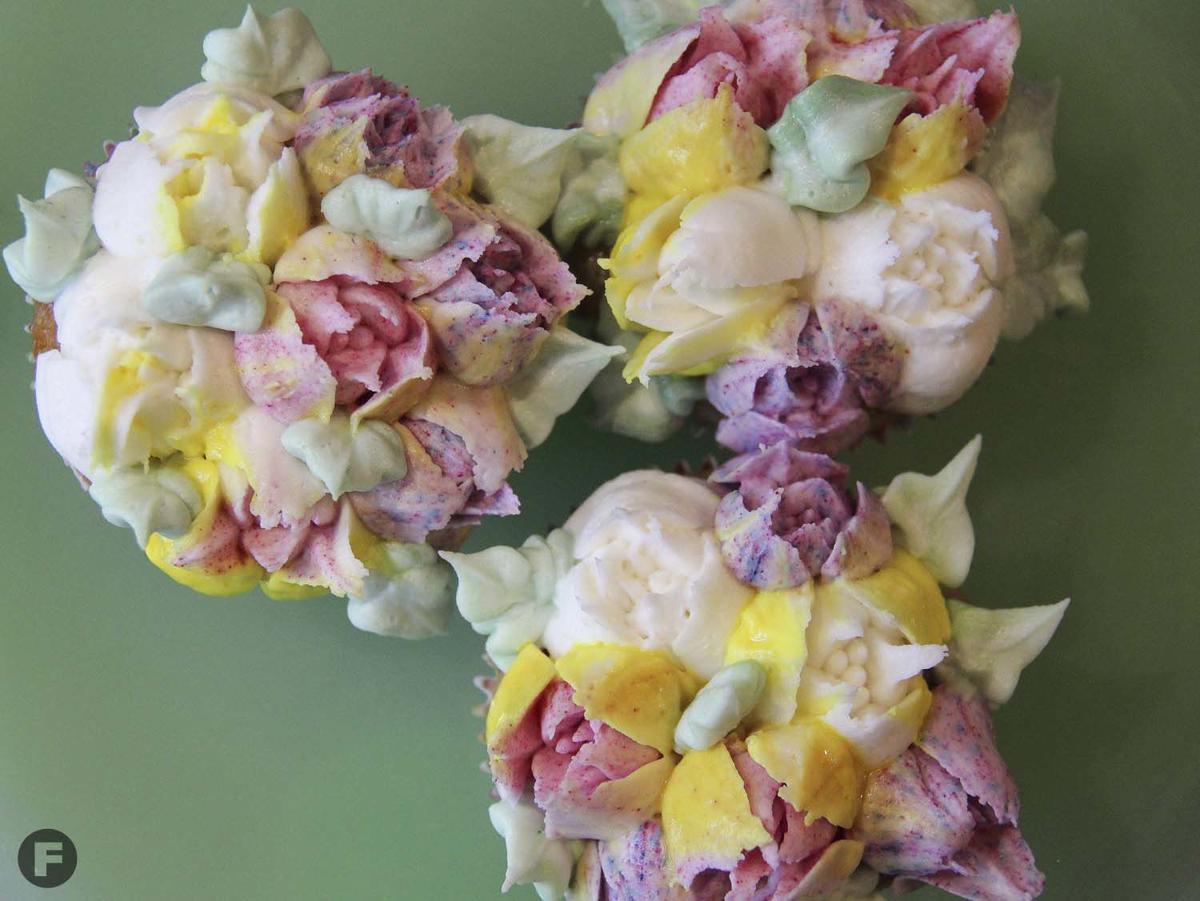 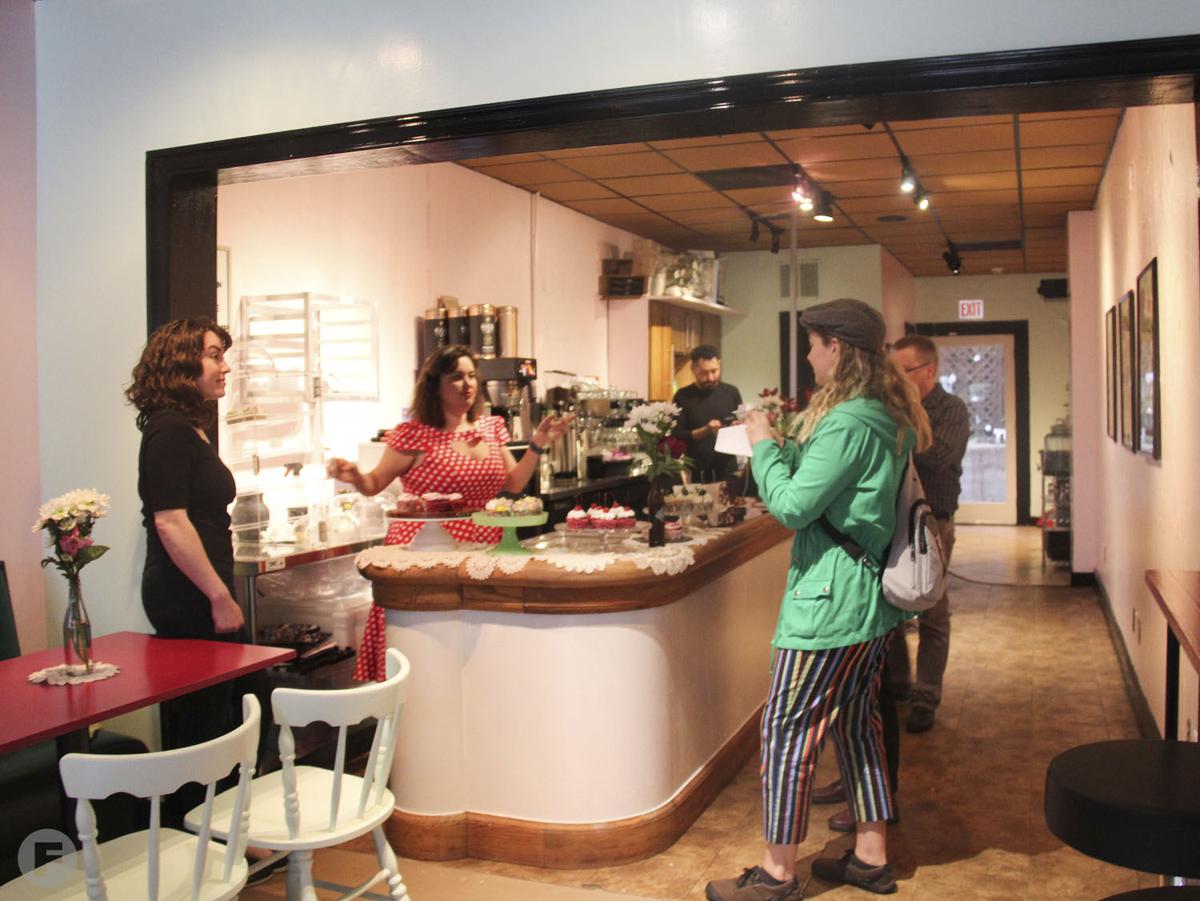 The Littlest Bake Shop is a cozy 15-seat bakery and coffee shop. 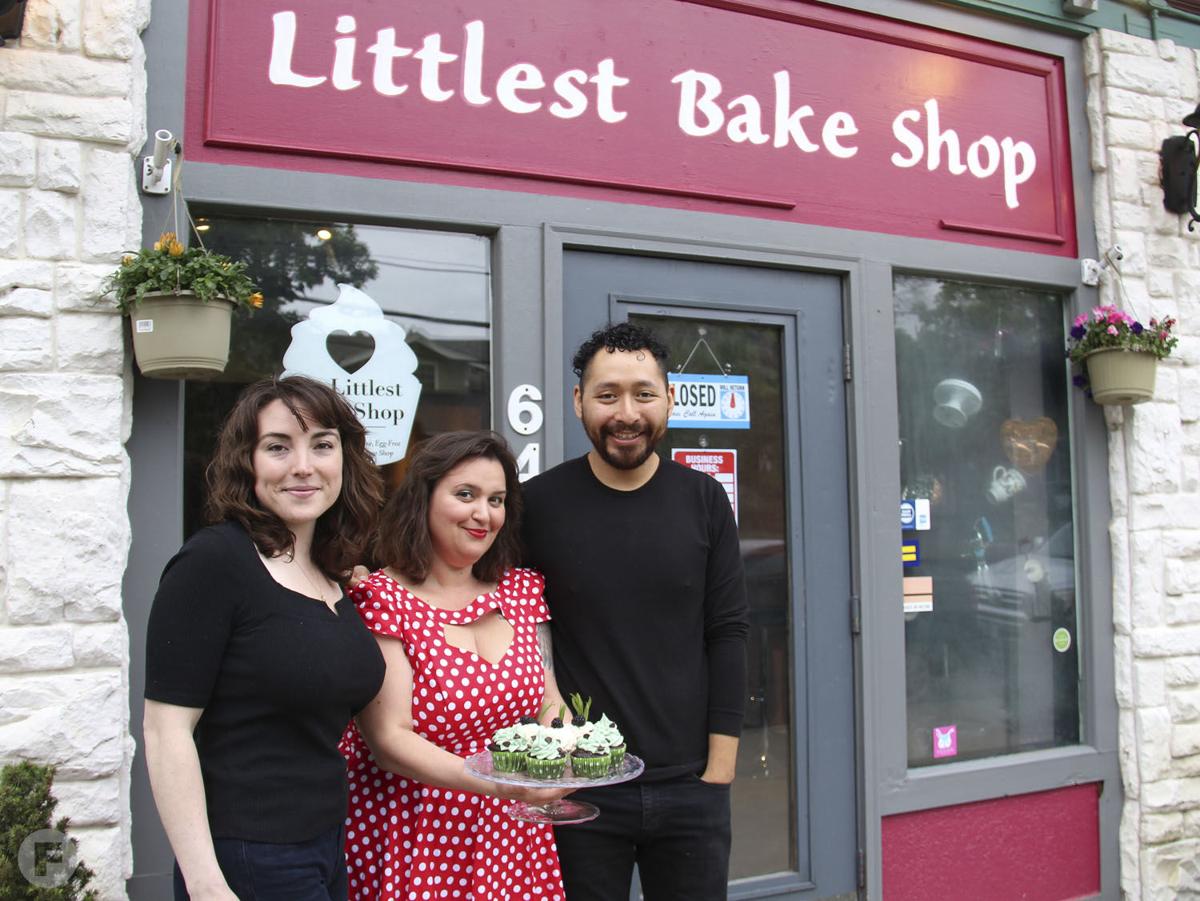 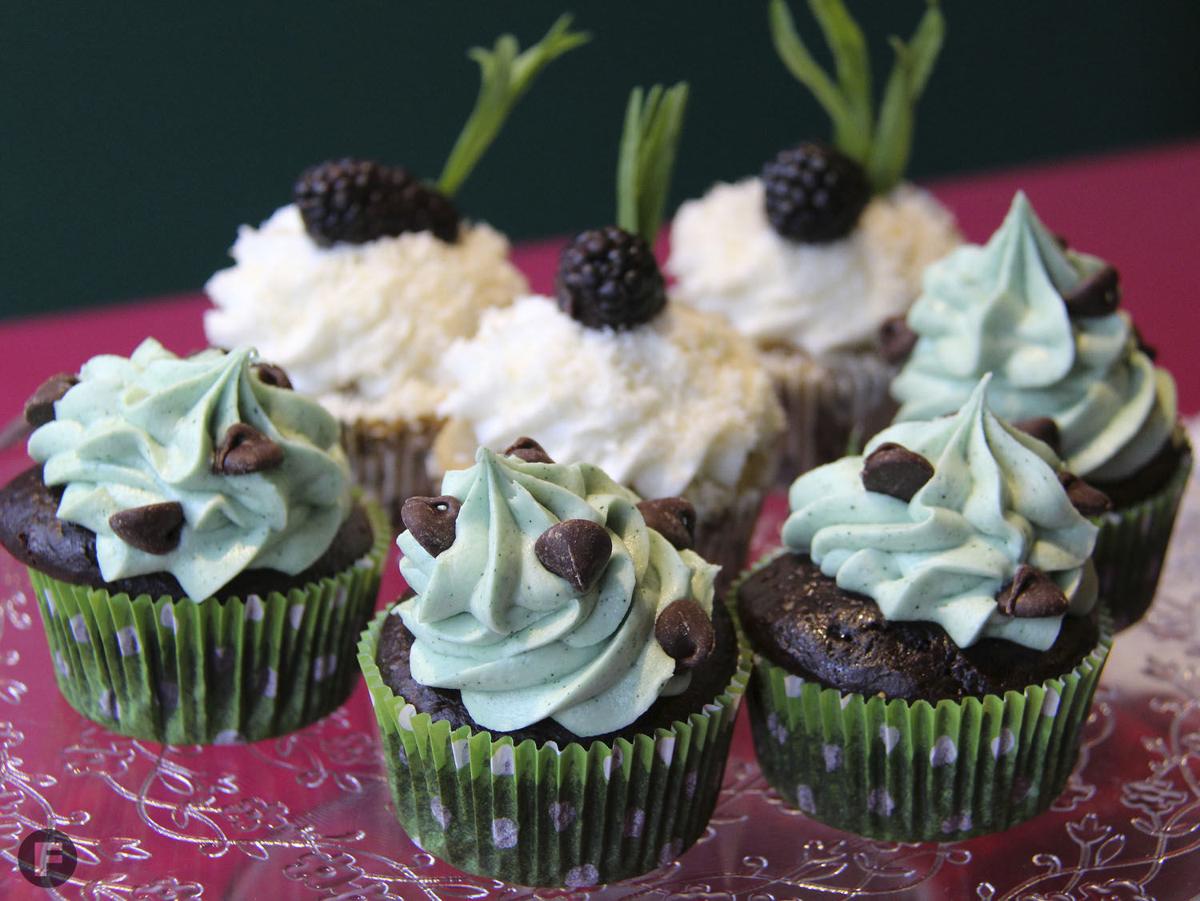 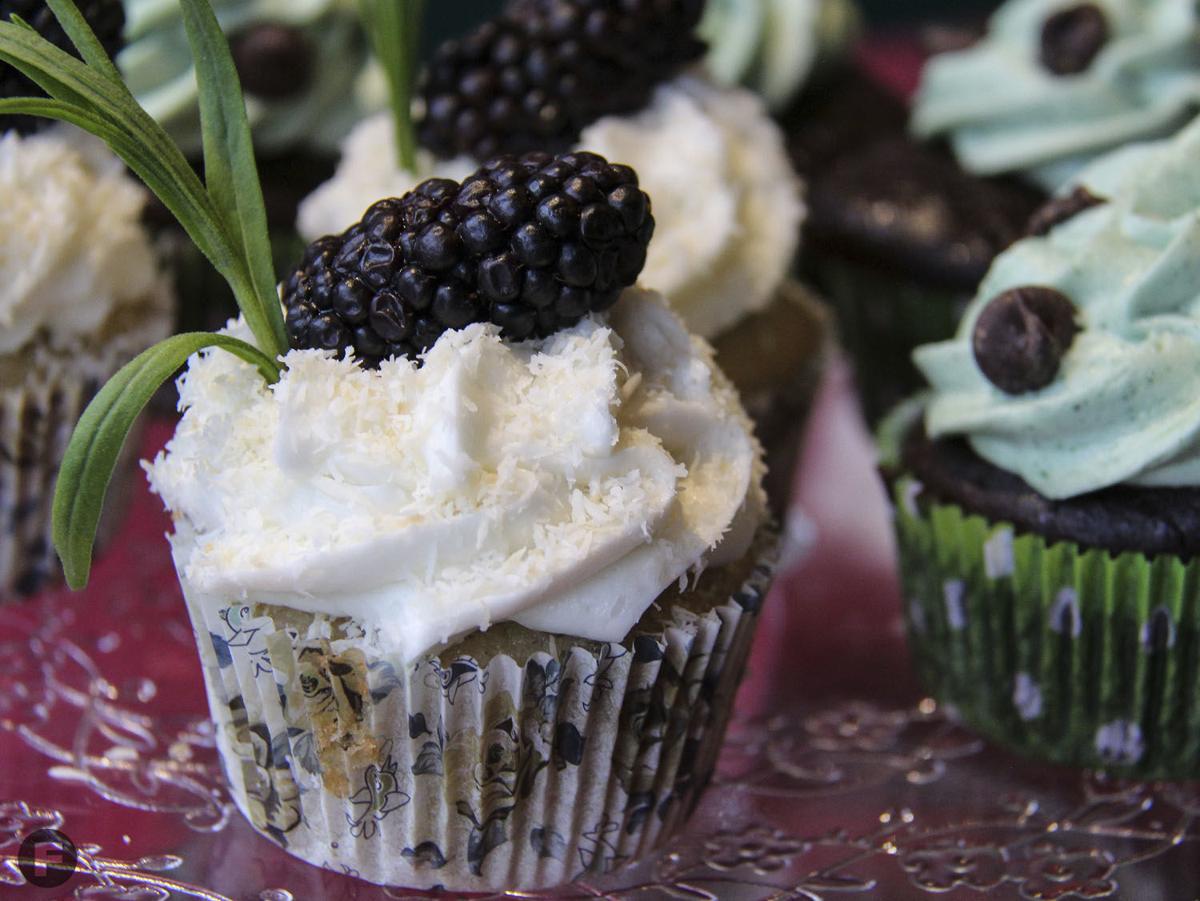 Coconut cake with coconut frosting, blackberry and lavender at The Littlest Bake Shop. 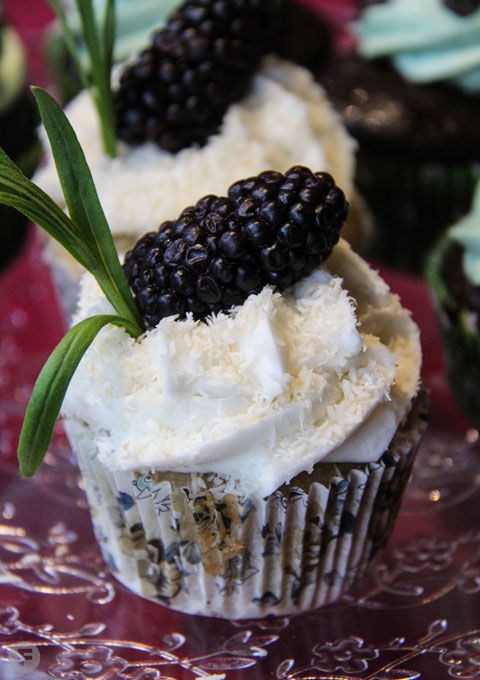 The Littlest Bake Shop is a cozy 15-seat bakery and coffee shop.

Coconut cake with coconut frosting, blackberry and lavender at The Littlest Bake Shop.

Unless someone told you, you’d most likely never know that the moist, flavorful cupcakes and cakes from The Littlest Bake Shop are both vegan and gluten-free. This is thanks to the expertise and experience of owner and chef Iris Green, a cookbook author and entrepreneur who recently moved back to Kansas City from Los Angeles to raise her family.

The Littlest Bake Shop is a cozy 15-seat bakery and coffee shop that specializes in vegan and gluten-free cupcakes and cakes, as well as specialty coffee drinks. For this project Green is partnering with Zaid Consuegra and Lydia Palma, who formerly managed the space as Pirate’s Bone Coffee (Pirate’s Bone is relocating to the Crossroads and rebranding and reopening as a plant-based burger restaurant, and is slated to open in June). Green and her partners have reconfigured the space to suit the needs of a bakery, and have repainted the walls with a light color scheme and floral pattern, making the space welcoming and feminine.

Green, who recently authored Gluten-Free Cooking for Everyone: A Vegan Celebration of the Holidays, uses a variety of different ingredients in her recipes to achieve the texture and mouthfeel that people accustomed to cakes made with wheat flour are used to. This includes brown rice, potato and corn flours in her cakes, and plant-based dyes in her frosting. She plans to change her offerings each week based on seasonal ingredients. Among other selections, she is currently offering flavors including coconut cake with coconut frosting, blackberry and lavender; lime cake with raspberry compote and rosewater frosting; and chocolate cake with mint chocolate-chocolate chip frosting.

Green’s bakery will be open Fridays through Sundays, though plans are in the works for specialty dinners to be held on Mondays. Sometimes Green and Consuegra will be the featured chefs, and on other occasions they plan to bring in talent from Kansas City and around the country for the meals, which will always be vegan. But, for the time being, she hopes that her neighbors in Brookside will come in for a cupcake and a cup of coffee.

The Littlest Bake Shop is open on Fridays from noon to 7pm and on Saturdays and Sundays from 10am to 3pm.

Offerings include the much-loved beet burger, plus soy-based hot dogs, fries and plantains.

The Royal, a Music Hall Serving Drinks and Small Plates, Opens Later this Month in Springfield