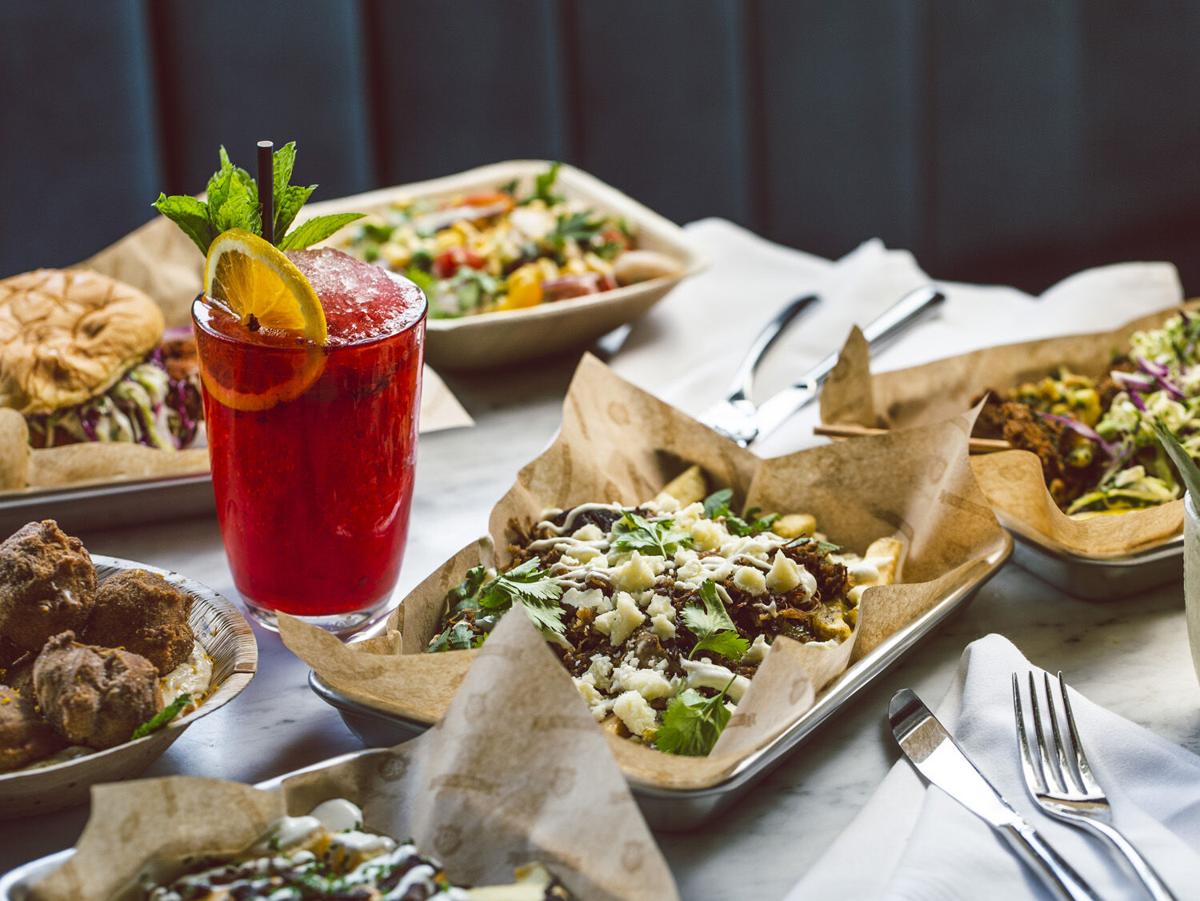 Options like loaded fried are meant to evoke the feeling of the amusement park that inspired the concept. 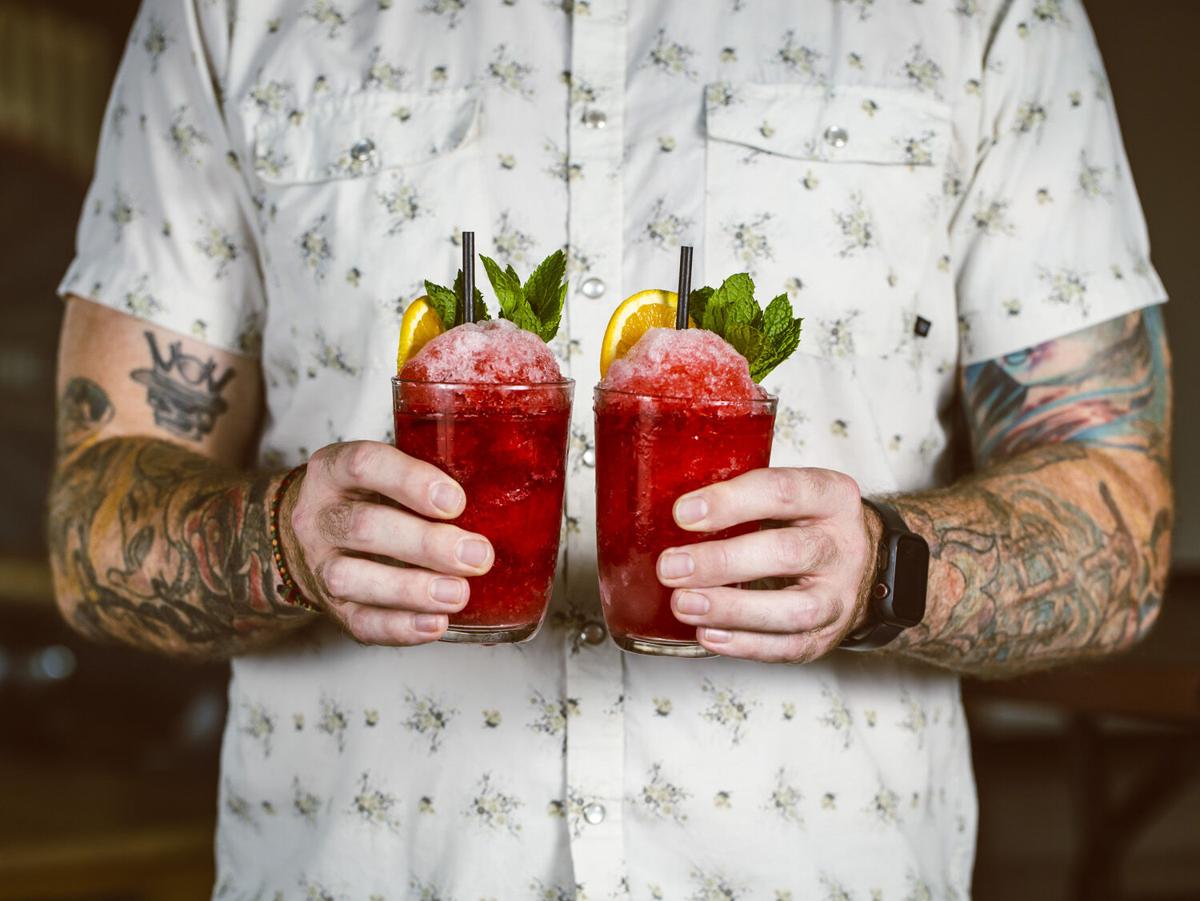 Fun cocktails, like these ones that resemble snow cones, will be abound at Electric Park Garden Bar. 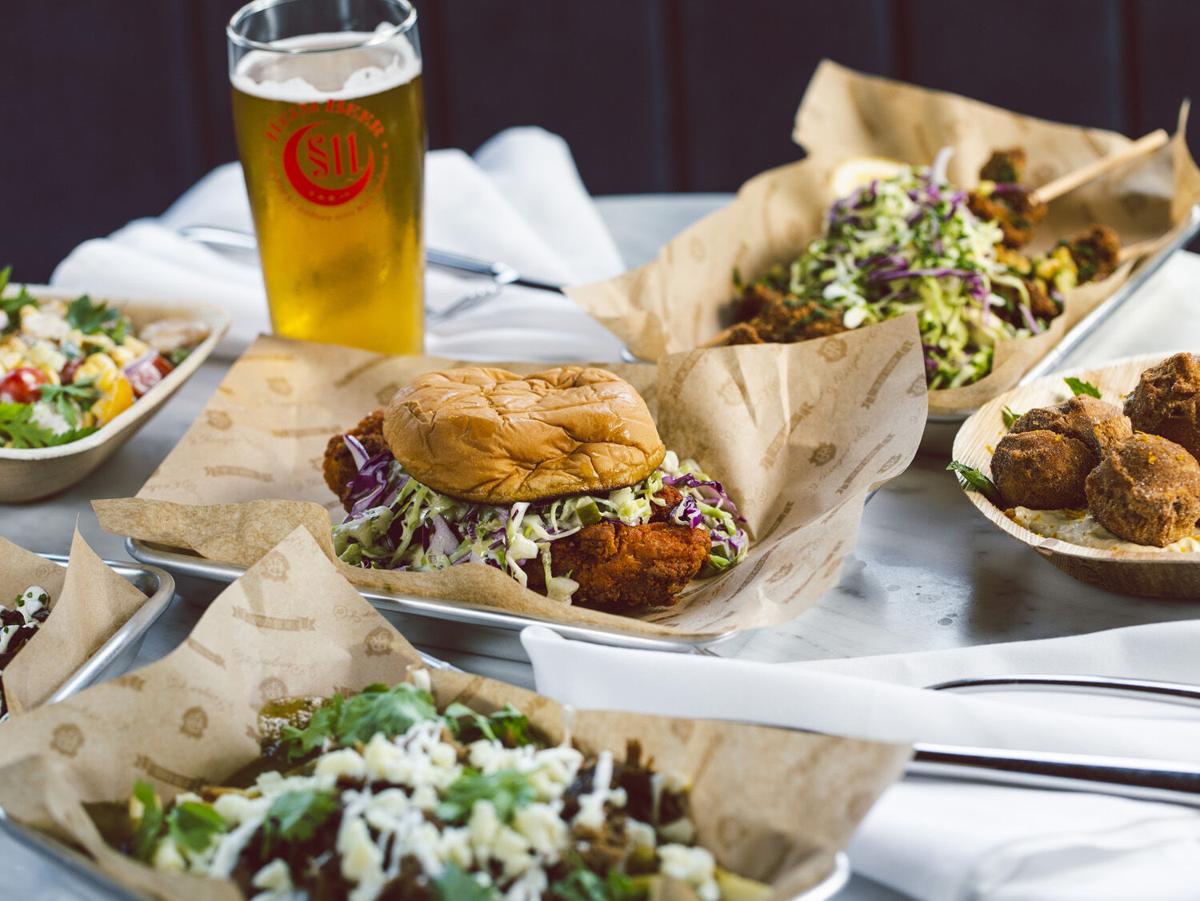 Most of the new menu was developed exclusively for the Electric Park Garden Bar. 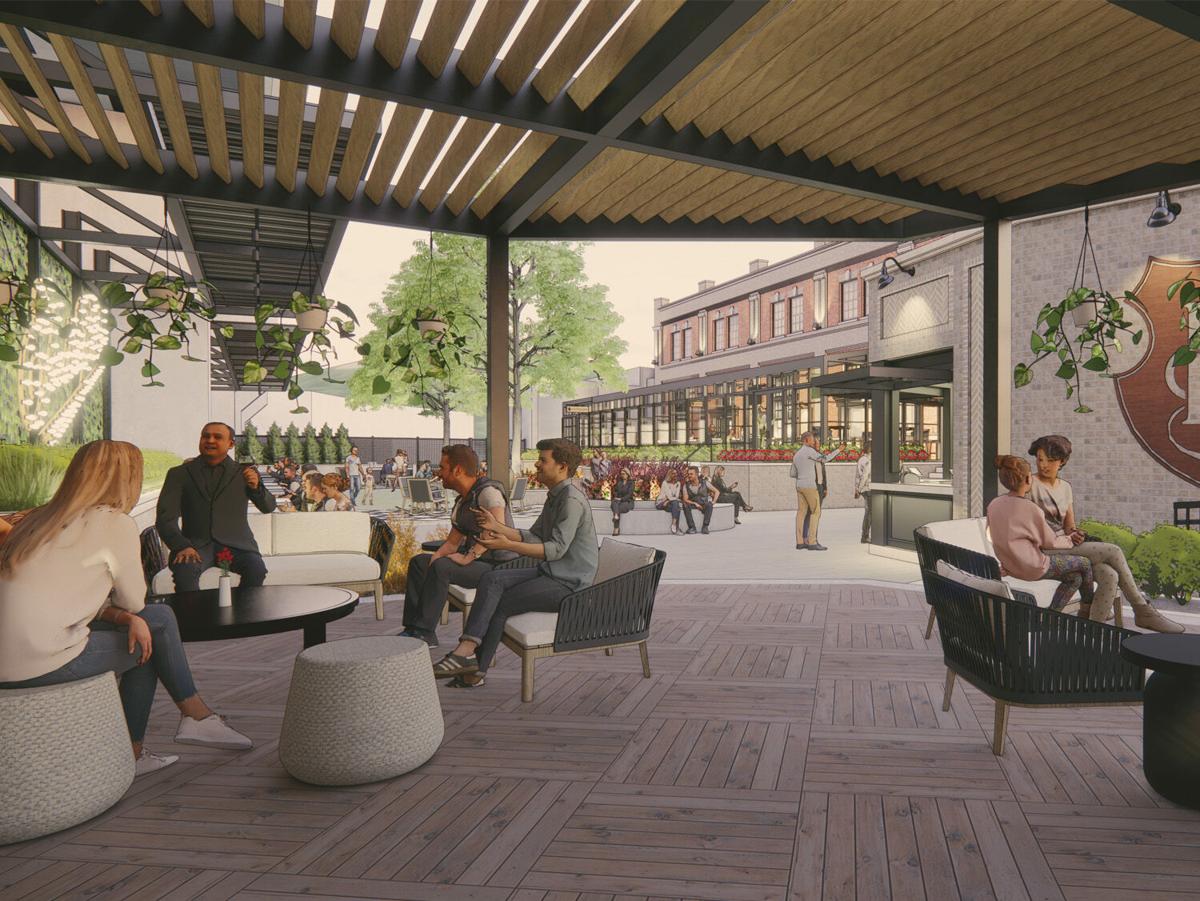 The space will include a variety of seating options, ranging from firepits to an eight-person swing table. 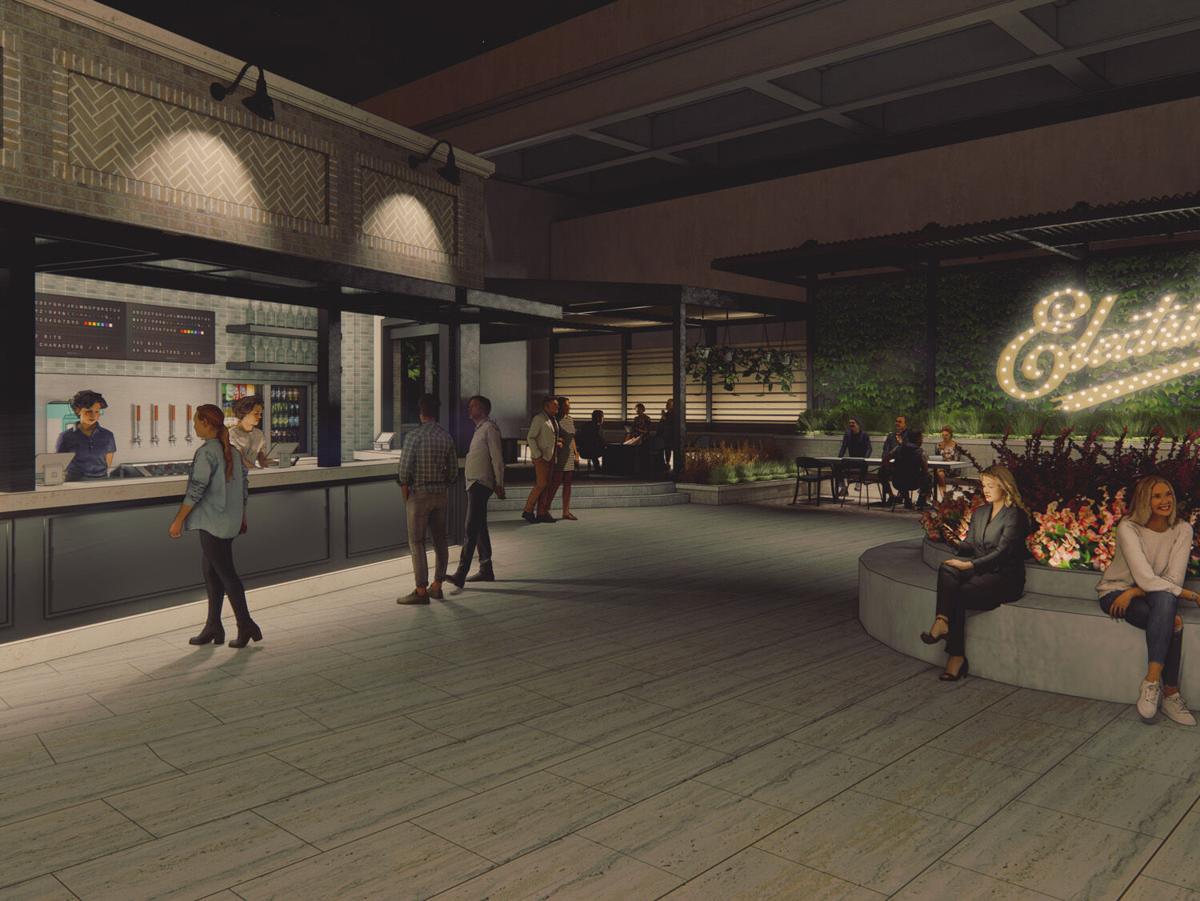 By night, the outdoor space will be lit up, living up to its electric name.

J. Rieger & Co. has an exciting new outdoor space on deck for fall.

The distillery has long been a destination for Kansas City residents with concepts like the Monogram Lounge restaurant and cocktail bar, as well as the speakeasy-inspired Hey! Hey! Club. But the team is now building up excitement for their latest idea: the Electric Park Garden Bar, an outdoor bar and restaurant inspired by the distillery's historic location.

Sarah James, the general manager of hospitality for J. Rieger & Co., says they've always wanted to do something with the outdoor space at the distillery, and they're excited to be able to provide an outdoor patio space for people to enjoy.

"Electric Park Garden Bar is going to be unlike anything in Kansas City," she says. "We really wanted to create a space that people could come and spend the entire day socializing, eating and drinking. We want everyone to feel welcome and safe in this incredible new area at the distillery."

The outdoor garden bar is a nod to the long-gone Electric Park amusement park that operated in Kansas City at the turn of the 20th century. The park was owned by the Heim brothers, who also owned the brewery in the building that is now home to J. Rieger & Co. Electric Park Garden Bar is striving for a fun and energetic environment inspired by the theme park, and James says it will be the most casual outlet of the different spaces offered at the distillery.

"Everything we're doing here is a nod to that theme park atmosphere," James says. "[Beverage director] Andrew Olsen has had a blast creating fun, inventive summer cocktails, and we'll also serve plenty of frozen cocktails and things like snow cones. Our food options are also inspired by classic carnival fare, so there will be tons of great ways for people to indulge and order some nostalgic favorites."

The vast majority of the items served at the Electric Park Garden Bar have been designed exclusively for the space. A few favorites from the Monogram Lounge might make their way over, but the team is leaning heavily into carnival inspiration at this concept. James is excited about items like the Horsefeather float and a currently-unnamed cocktail infused with peanuts for a circus-y flare. Guests will also be able to pick up an Electric Park Punch or Caffè Amaro Piña Colada to help beat the Kansas City heat.

Of course, any trip to a carnival or amusement park wouldn't be complete without some fried goodness, and James points to the Electric Park Fries to fill that need. Topping variations will range from Southwestern to barbecue to a loaded baked potato-style.

Electric Park Garden Bar will seat more than 130 guests and boasts several firepits, a variety of different seating arrangements (including an eight-person swing table) and much more. Many of the different areas can be reserved, but there is also plenty of space for guests to wander and take in the sights. It's also dog- and kid-friendly with N/A cocktail and soda options available.

Construction is currently finishing up construction, and the J. Rieger team is looking for new staff for the concept. There's no opening date yet, but James estimates mid- to late September and encourages interested guests to follow J. Rieger & Co. on social media for updates. The outdoor space will also close for winter, but the team at J. Rieger plans to reopen Electric Park Garden Bar in the spring to operate for about nine months of 2022.

This husband-and-wife duo has been wanting to open a bakery together for years.

The best food and drink events in Kansas City this weekend: Oct. 15-17

Sample all things cheesy, try some new beers or learn to make some magical cocktails this weekend.

These chef-inspired flavors are all made with 14 percent butterfat base, considered super premium for ice cream.

The opening is a step up for the restaurant, which previously had just a stand at the market.

The restaurant's specialties include a short rib beef stroganoff and chicken fingers that are marinated for 48 hours.

While the two concepts are very different in feel, they blend together seamlessly in one building.

After a devastating fire, Big Red Food Truck is serving smash burgers yet again in the Kansas City area

Options like loaded fried are meant to evoke the feeling of the amusement park that inspired the concept.

Fun cocktails, like these ones that resemble snow cones, will be abound at Electric Park Garden Bar.

Most of the new menu was developed exclusively for the Electric Park Garden Bar.

The space will include a variety of seating options, ranging from firepits to an eight-person swing table.

By night, the outdoor space will be lit up, living up to its electric name.