Skip to main content
You have permission to edit this article.
Edit
The Magazine
St. Louis
Kansas City
Springfield
Columbia
Other Cities
Recipes
Events
Videos
Promotions
Newsletters
Share This
1 of 7 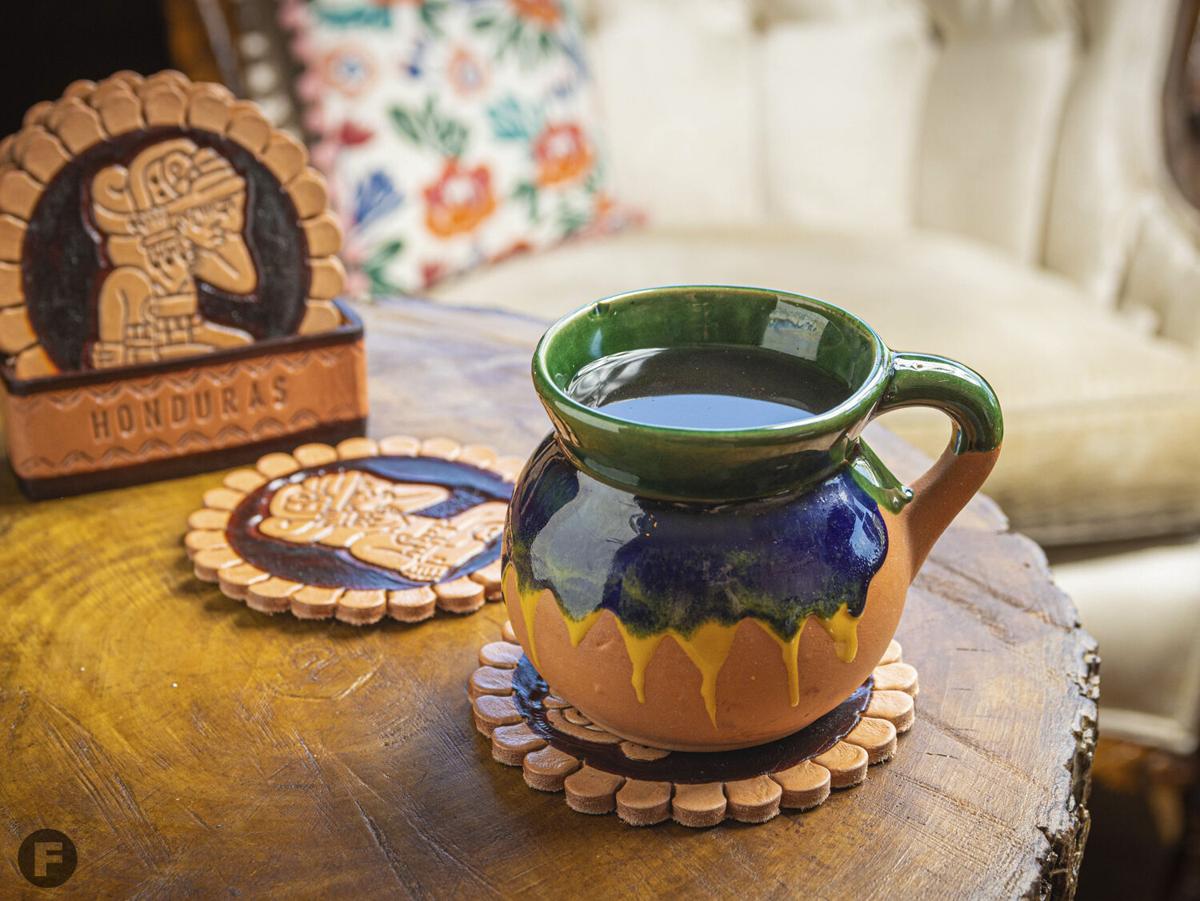 Café de Olla is the restaurant's signature drink, which is slowly brewed with canela, piloncillo and spices. 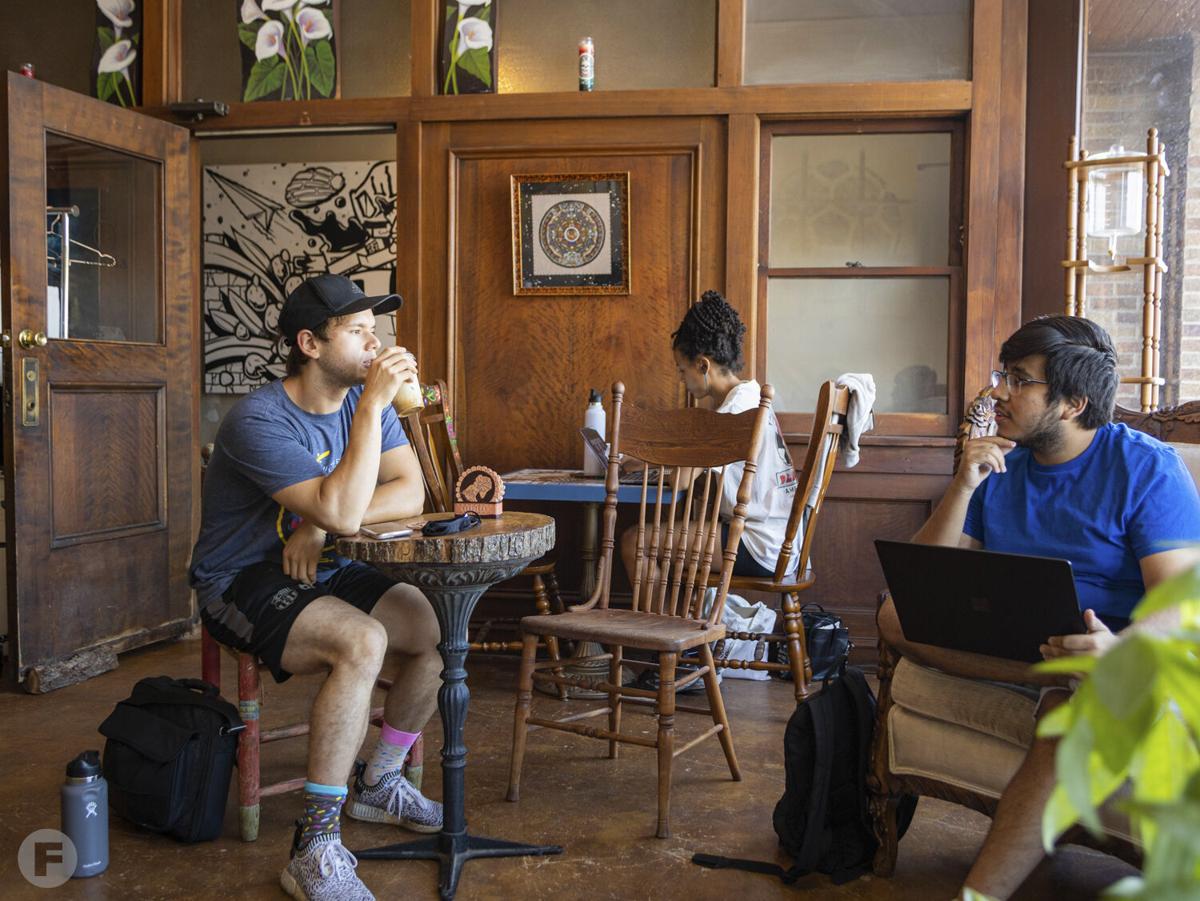 The space that houses the shop was previously home to a bus company that transported people between Kansas City and Mexico. 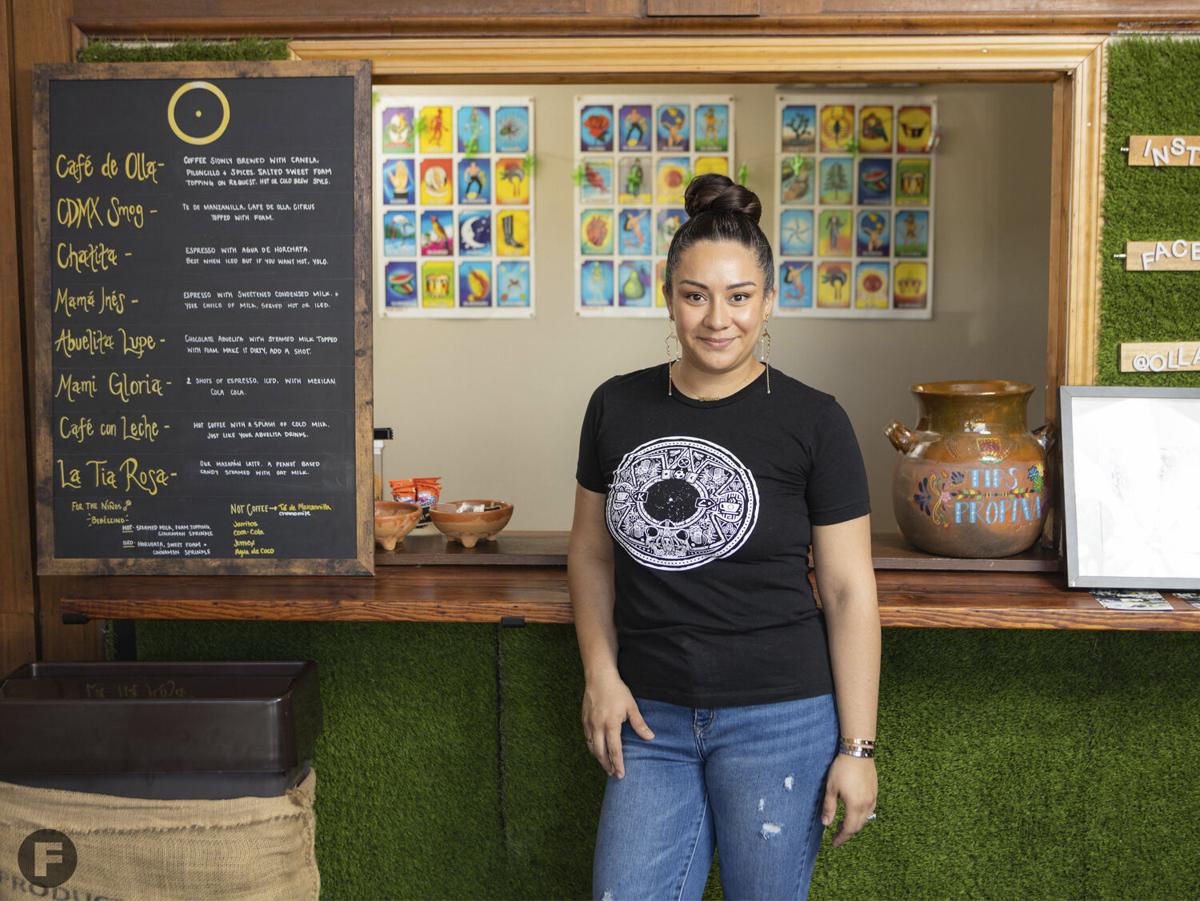 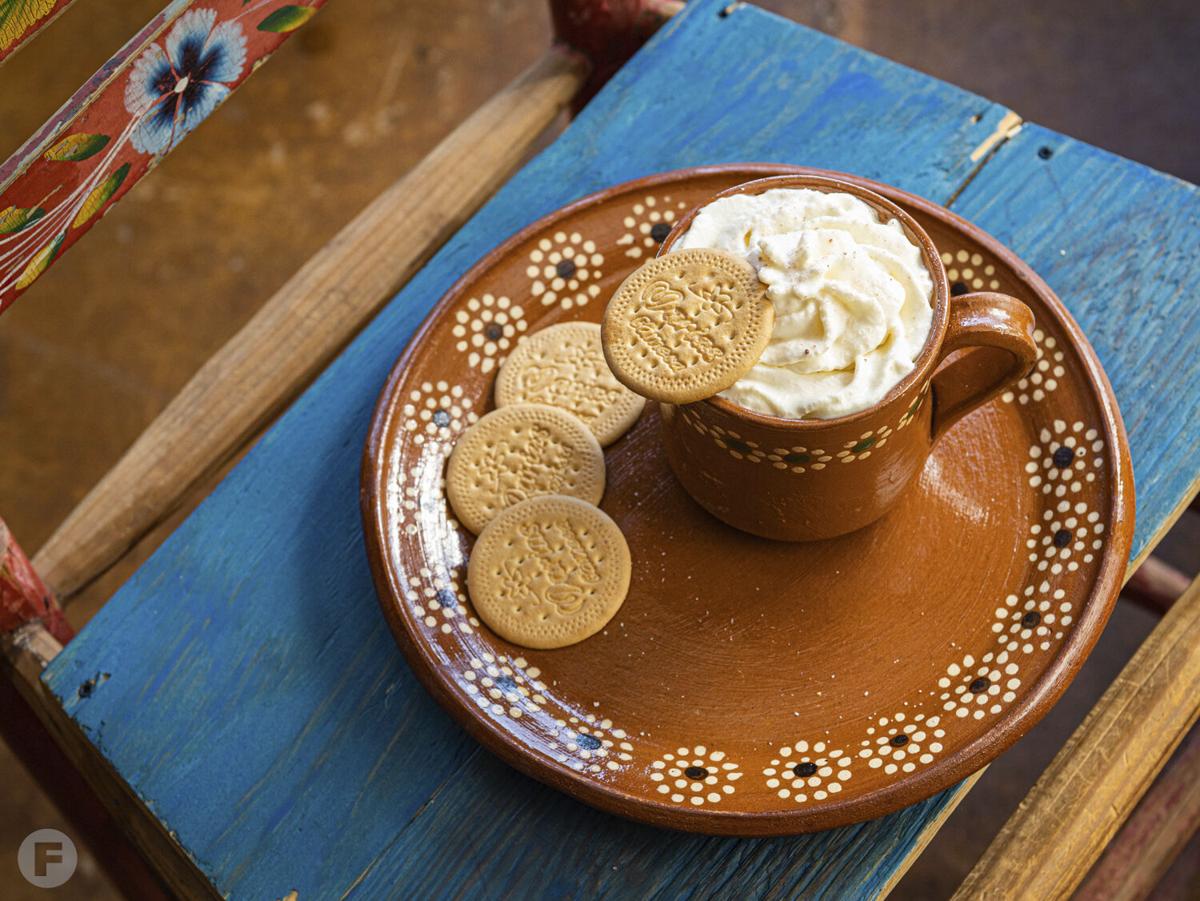 This hot version of a café de olla is served with salted sweet foam. 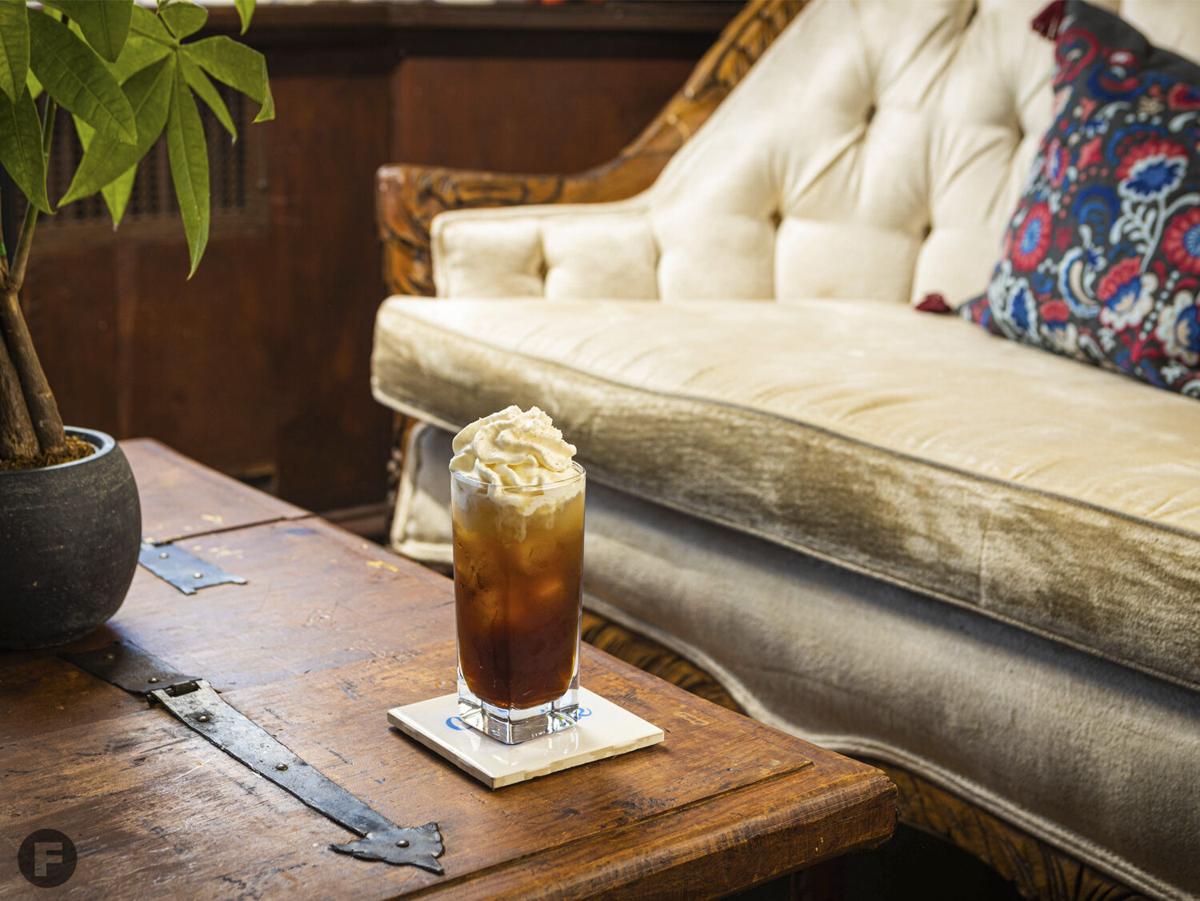 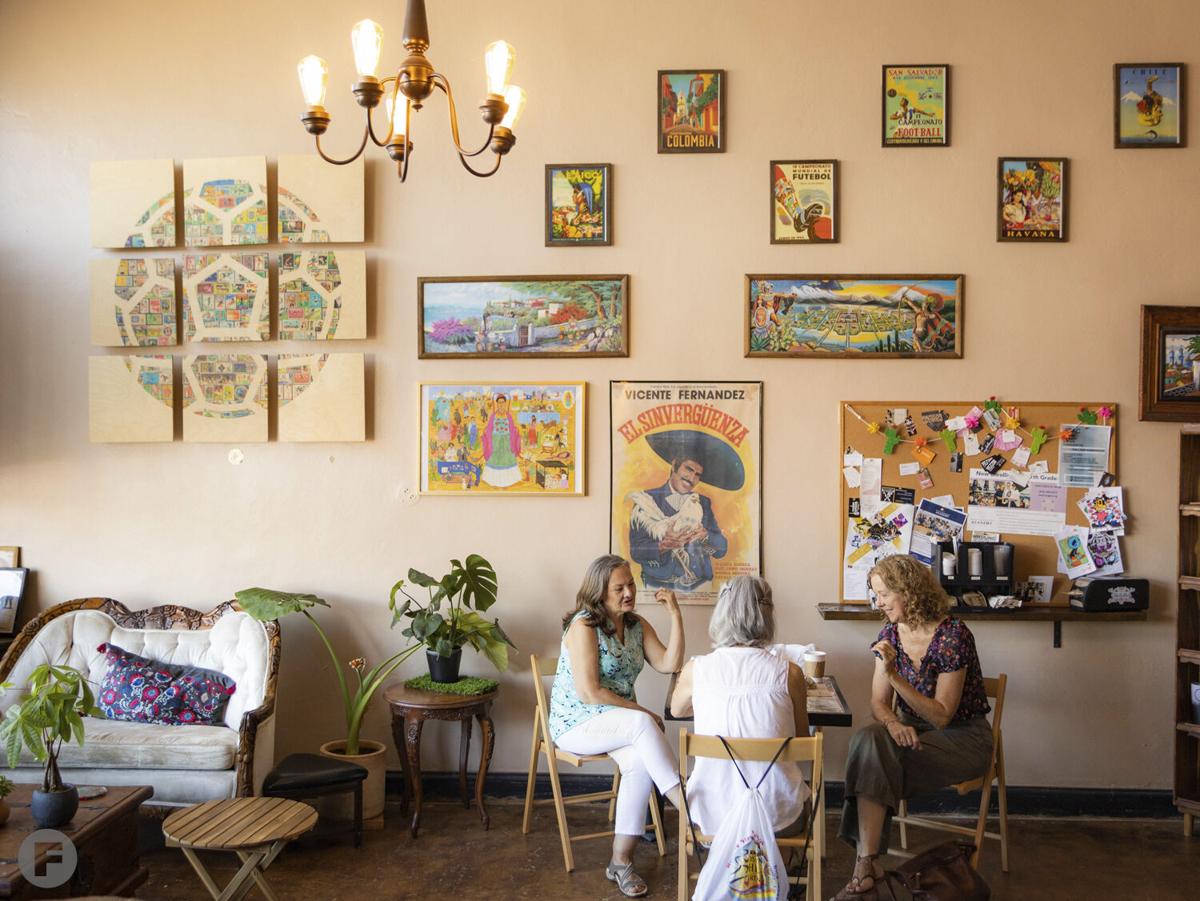 Artwork at the shop focuses on Hispanic artists and bright colors. 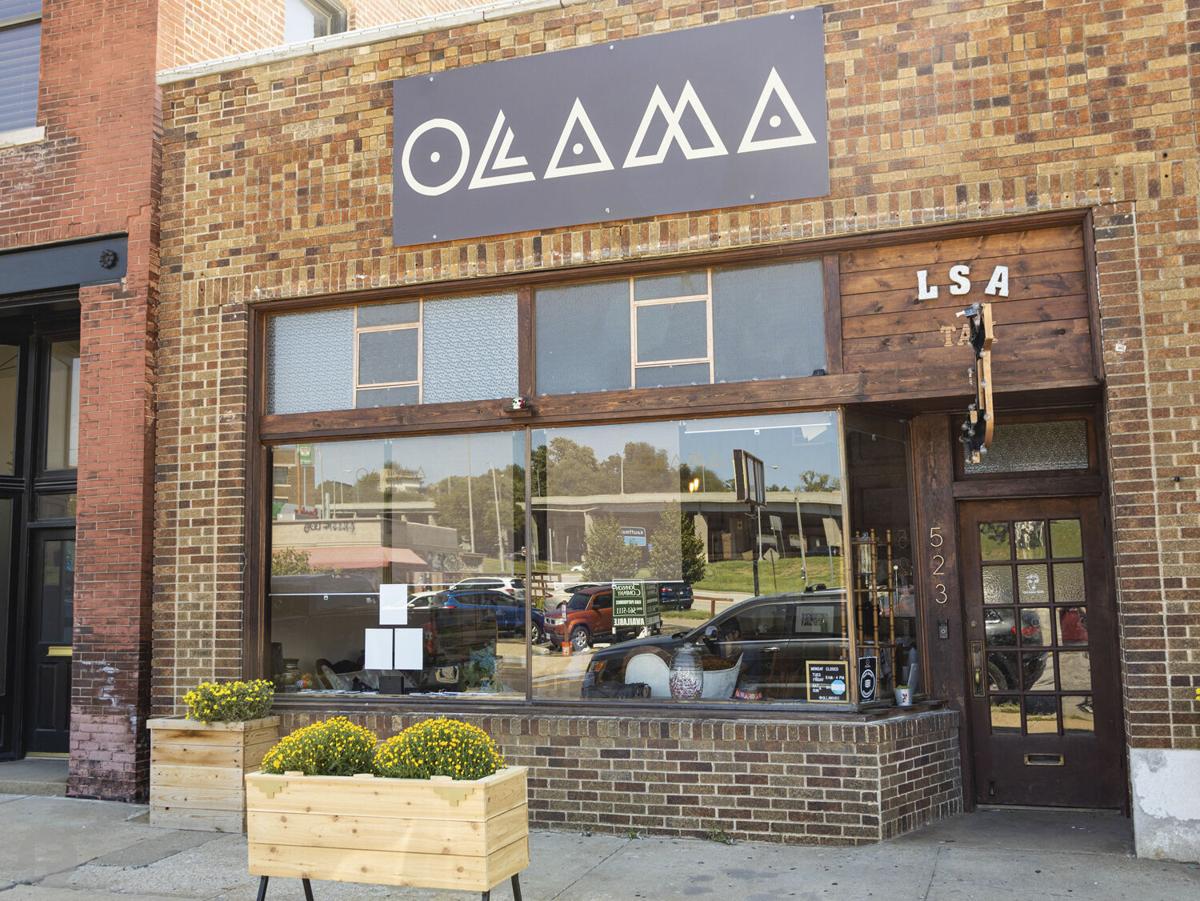 The coffee shop opened in the Crossroads neighborhood in March.

Café de Olla is the restaurant's signature drink, which is slowly brewed with canela, piloncillo and spices.

The space that houses the shop was previously home to a bus company that transported people between Kansas City and Mexico.

This hot version of a café de olla is served with salted sweet foam.

Artwork at the shop focuses on Hispanic artists and bright colors.

The coffee shop opened in the Crossroads neighborhood in March.

When you step foot into Café Ollama, a Mexican coffee shop that opened in Kansas City's Crossroads Arts District in March, you’ll notice a drink menu that’s striking in its simplicity relative to its surroundings. The walls of the café display vibrant prints from Hispanic artists, and bright colors – from the artwork to the house plants to the furniture – pop throughout the space. The menu, though, displays just eight items written in gold script.

Lesley Reyes and her husband, Francisco Marguia Jr. started the business to bring a taste of Mexico to Kansas Citians by specializing in a select handful of original Mexican recipes for craft traditional beverages with natural ingredients.

Reyes never envisioned running a coffee shop in her hometown. When her mother, Irma Hernandez, took over the building on Southwest Boulevard in 2002, Reyes told her that she ultimately wanted to open a business there, but it always felt like a fleeting dream to her. When she entered her early 20s, Reyes and her husband moved away to pursue their careers – Reyes as a makeup artist, Marguia Jr. as a soccer coach – believing they’d never again live in Kansas City permanently. Then Reyes and Marguia Jr. had a child.

“After having our son, that’s when it hit us most that we were kind of living in a modern bubble,” Reyes says. “We absolutely need our family. It was very hard for both my husband and me not having our families, not only to help us with our son, but just for emotional support.”

They came back home, and the timing fell into place. The café occupies a space that used to be a terminal for a bus line that took passengers from Kansas City to Mexico and back again. Once the pandemic hit and the U.S.-Mexico border closed, the business owners vacated the building, creating an opportunity for Reyes and her family to seize her lifelong dream.

“It just happened so fast. It was kind of like a ‘boom,’” Reyes says. “It's crazy when people tell us, ‘Oh my god, this reminds me of my grandma,’ or ‘This reminds me of back home,’ or ‘I haven’t had this drink in years since I was in Mexico.’ Even people from Colombia say they haven’t had ingredients like this since they’ve been back [home]. To hear those things, it’s exactly what we wanted.”

The featured drink at Café Ollama – and the most popular – is the café de olla, a style of coffee native to rural Mexico that’s slowly brewed with canela, piloncillo and spices. Where other coffee shops put their own spins on the classic drink, Reyes has never tweaked her café de olla recipe. It’s crucial to Reyes, Marguia Jr. and their families – who comprise the café’s staff – to make the drinks exactly how they’re made in Mexico.

Take the chatita – heavily requested and made by mixing espresso with agua de horchata, a creamy rice-based beverage – as an example. Reyes says it’s common for others to add milk to the recipe, but not at Café Ollama. To compromise on just one small aspect of a recipe is to lose connection with the Mexican heritage the café strives to bring to its customers.

“What we’ve found is a lot of things that come over to the U.S. get modified,” Reyes says. “So for us, it was very important to make everything the way it was originally made. It’s special touches like that where people really taste the difference. That is also why we have a limited menu. My husband always says you need to specialize in a few things and make them perfect.”

Café Ollama is open Monday through Friday from 8am to 4pm and Saturday through Sunday from 9am to 3pm.