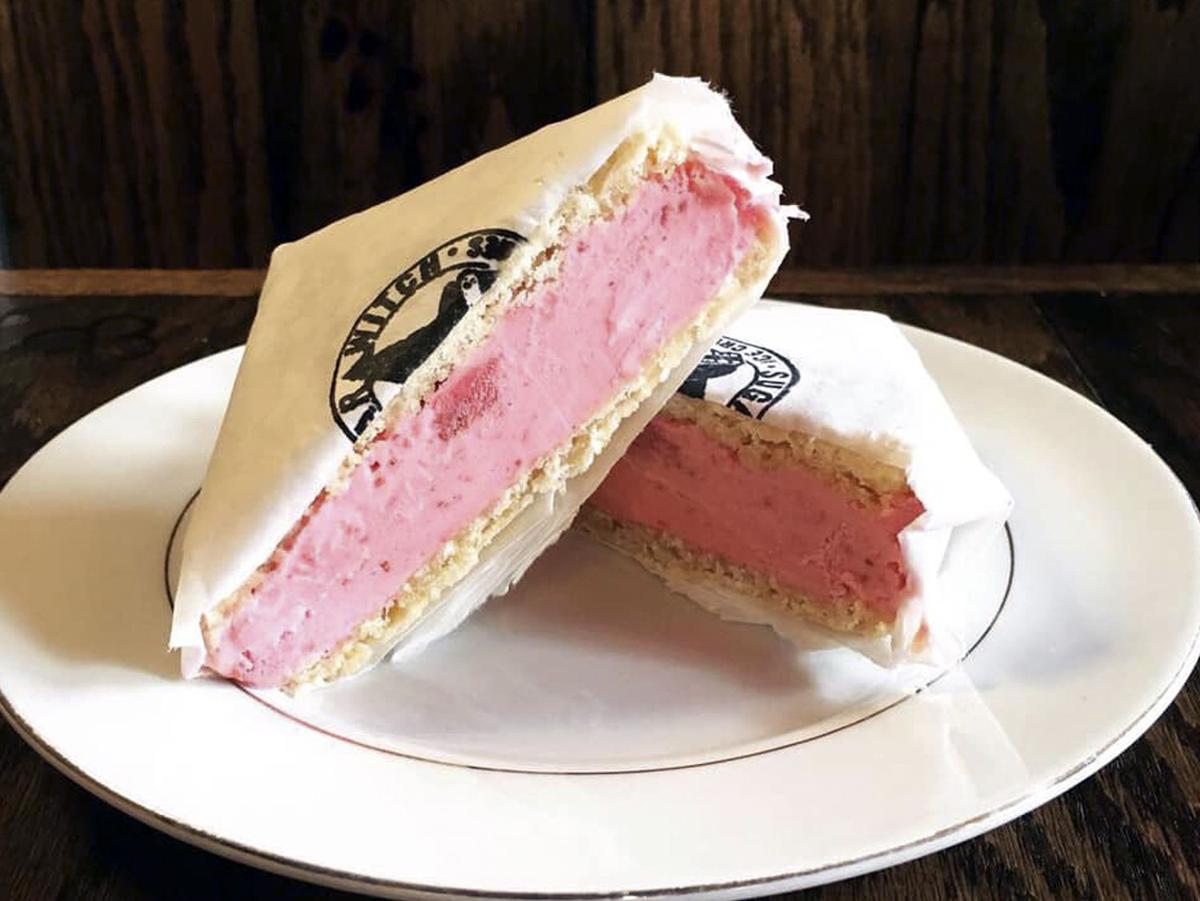 Sugarwitch specializes in ice cream sandwiches made with local ingredients. 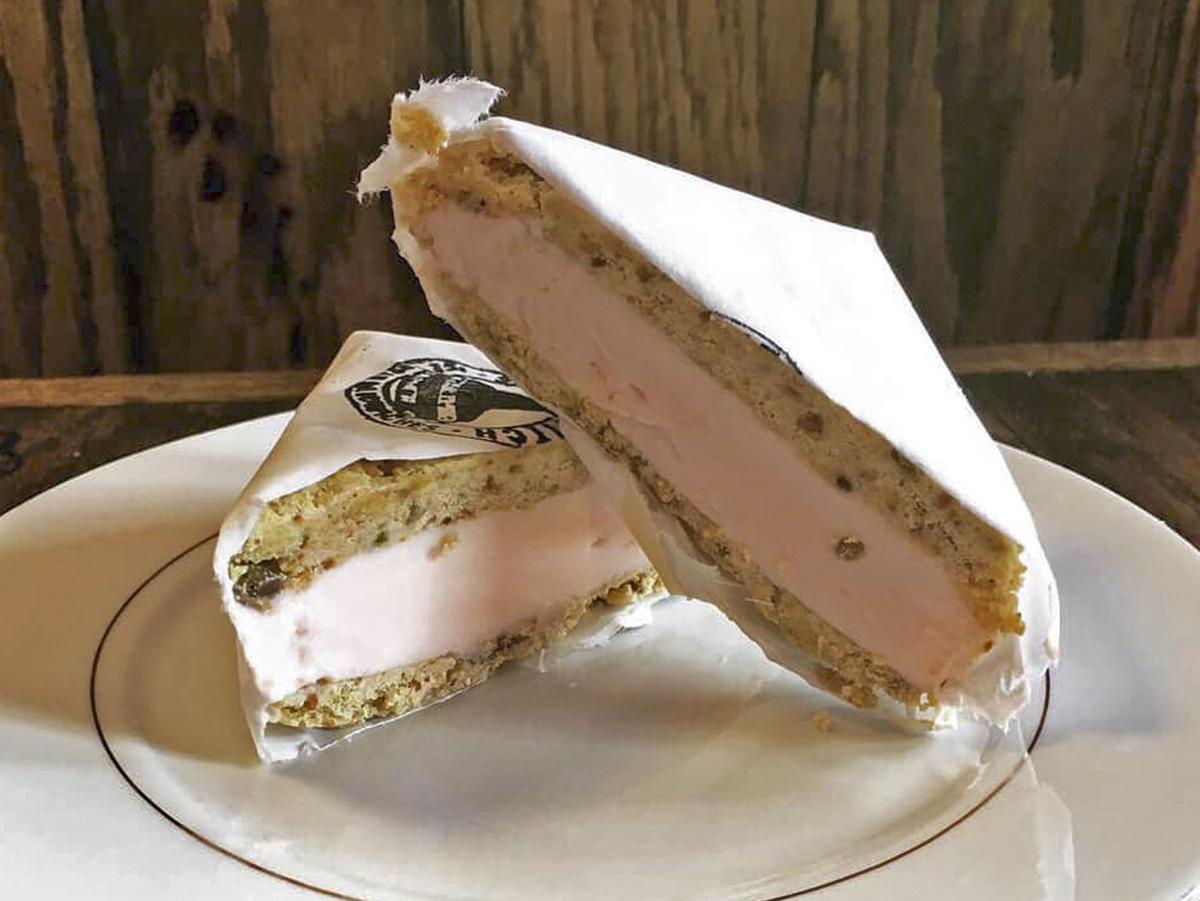 Sugarwitch specializes in ice cream sandwiches made with local ingredients.

Hermione Granger, Sabrina, Elphaba, The Red Woman, and Ursula – an impressive coven of fiction’s most beloved and infamous witches, and now, the newly-minted monikers of artisan ice cream sandwiches in Columbia.

“We have so much fun naming our sandwiches after witches,” Martha says. “[The name] Sugarwitch works because it’s kind of like that bad and good aesthetic, and that’s what ice cream is all about; it has to be fun.” The pair whips up a new batch of flavor sorcery each week, selling sandwiches at Good Food Co.’s weekend dessert bar, and occasionally the Columbia Farmers Market. These handcrafted delights, which are made in batch, cast a brilliant glow on local producers and seasonal flavors.

“We love ice cream, so we want to bring that to our friends in Columbia,” Martha says. “But it’s also an opportunity to showcase some of the amazing local fruits, nuts, honey, coffee… all the stuff that’s produced in this area.” Fulfilling a requirement for vendors of the Columbia Farmers Market, and as a part of the mission of Sugarwitch, the sandwiches are made with as many local ingredients as possible. “We’re trying to showcase different people’s stuff whenever we can,” she says. “So we’ve worked with the Sage Garden, Happy Hollow Farm, Danamay Farms, some peaches from Peach Tree Farm, Fretboard Coffee, and we definitely have some other ones in the works.”

These producers have helped create flavors such as rosewater and pistachio shortbread, strawberry, and coffee and toffee brownie. Soon, a lavender-honey combination, using ingredients from The Lookout Farm, will be released. On Sat., July 20, as part of Logboat Brewing Co.’s moon landing celebration, Sugarwitch will debut the Luna pie: vanilla ice cream sandwiched between chocolate-covered graham crackers and a layer of marshmallow filling. This “witch” is a play on a moon pie, and named after the spacey witch Luna Lovegood.

Two sisters grow around 2,000 lavender plants and harvest the blooms and oils to create handcrafted products and food items.

This collaborative spirit between businesses has been vital since the inception of Sugarwitch. Martha and Sophie have boundless inspiration, but as grad students, have a limited amount of capital, time and space to grow. When they arrived in Columbia in early 2018, the idea of Sugarwitch was already brewing in their minds. “We just started gradually talking to people about the idea, and then friends of ours who both grew up in Columbia and were really plugged into the food scene said, ‘Oh, you should talk to Jill [Rostine, owner of Good Food Co.]!’” Sophie says.

After hearing that Rostine opened up her kitchen for other businesses to rent, Martha and Sophie reached out. “We approached her last summer, and she immediately said yes,” Martha says. Throughout the next year, they jumped through the hoops of permits and business plans, and by late spring 2019, were making ice cream in Jill’s kitchen. “That’s how Columbia kind of is,” Martha says. “We’re both grad students, and with the support of Jill we’re able to start doing this without having to have all the capital it would take to go all in, leasing a storefront and all of that.”

During the year leading up to their first sale, the pair took a deep dive into everything ice cream, even enrolling in ice cream school at Penn State. The immersive two-day course covers the food science behind the commercial craft of ice cream. Through the class, they discovered that they’d have to buy a base for their ice cream, instead of making their own, to comply with state law. A base, Martha says, is “basically everything – cream, milk, sugar, and whatever stabilizers or emulsifiers if those are being used, that’s all mixed together pasteurized on its own.”

How Central Dairy Became a Must-Visit Destination in Jefferson City

People flock to one of Missouri’s oldest ice cream parlors for scoops, sundaes and a taste of summer – but first, they have to get in line.

Their base is sourced from another much-loved local institution, Central Dairy in Jefferson City, Missouri. From there, Martha and Sophie follow their taste buds to craft each individual flavor. “Sometimes it’s inspired by something we’ve had somewhere else,” Sophie says. “Martha had been working in Paris for a few months… she had found this ice cream shop, and so we went there and they make this rose ice cream,” she says. “It’s a little bit tart. They’ll make you an ice cream cone, and then they’ll roll it in pistachios and put this dollop of whip cream on top of it. It’s just the most beautiful, decadent thing, and so that was the inspiration for the rosewater ice cream with pistachio shortbread that we do.”

Another favorite, inspired by Sophie’s travels to Thailand, took some time to recreate. “We wanted to be able to offer something that is dairy- and wheat-free that isn’t just an imitation of dairy and wheat,” Sophie says. “I studied abroad in Thailand and was in love with mango and sticky rice, and so that was the flavor combo we were trying to go for, and we tried so many different ways. The mango sorbet is pretty straightforward, but the outside of it we really wanted to use actual sticky rice, so we tried that, but it just freezes hard as a rock. Then we tried things with mochi flour, but then it turns into mush. But driving back from ice cream school, we were just talking and said, 'Well, what if we made a Rice Krispie treat? And so we tried that, and it worked.”

Danamay Farm is a Beloved U-Pick Berry Patch in Fulton

You can also find their berries at the Columbia Farmers Market.

Magically, these creative flavors tie in with Sophie’s grad school studies, as she works with the Center for Agroforestry research at MU. “We’re talking about what we can do to showcase some agroforestry products… we’re trying to find ways to make Missouri pawpaws a thing that people know what to do with,” she says. Pawpaw ice cream is one way she’s hoping to highlight this local fruit, and through culinary ventures such as Sugarwitch, she hopes that consumers will be able to better connect with even more agricultural producers, processes and products that are unfamiliar.

“I’m interested in how these food businesses can be the gateway to some of these ag practices,” she says. “Because ice cream is something that people understand, and then to bring something in that they might not otherwise know what to do with is really neat.”

And for Sophie and Martha, mid-Missouri has been the perfect place to learn and educate others. “Columbia is so special to be at the crossroads of both sides of things – people who really appreciate the food side and the production side and being able to work in that space where you are able to talk about both things and enjoy it,” Sophie says. “The size of Columbia works so well, the people who make raw produce and others who transform it into something and the producers, they’re all part of that same community.”

Sugarwitch will continue to offer new ice cream sandwiches throughout the summer, but will only be available for special events or catering requests when colder weather hits. For now, follow the business on social media to see when and where you can pick up their latest spellbinding sweets.

In Columbia, Good Food Co. is Taking an End-of-Summer Hiatus

But you can still get the acclaimed pastries in the meantime.

Pastry Chef Lia Weber Raises Over $14,000 to Open Made. By Lia in Florissant