Skip to main content
You are the owner of this article.
Edit Article Add New Article
You have permission to edit this article.
Edit
The Magazine
St. Louis
Kansas City
Springfield
Columbia
Other Cities
Recipes
Events
Videos
Promotions
Newsletters
Share This
1 of 5 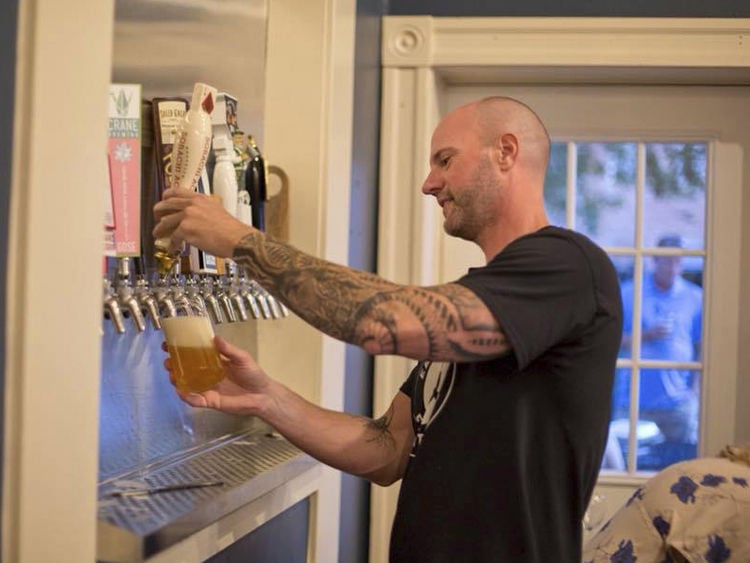 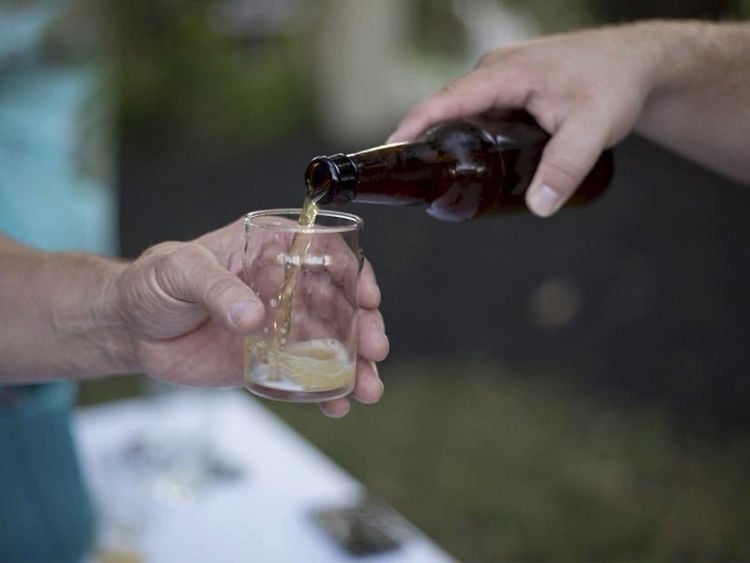 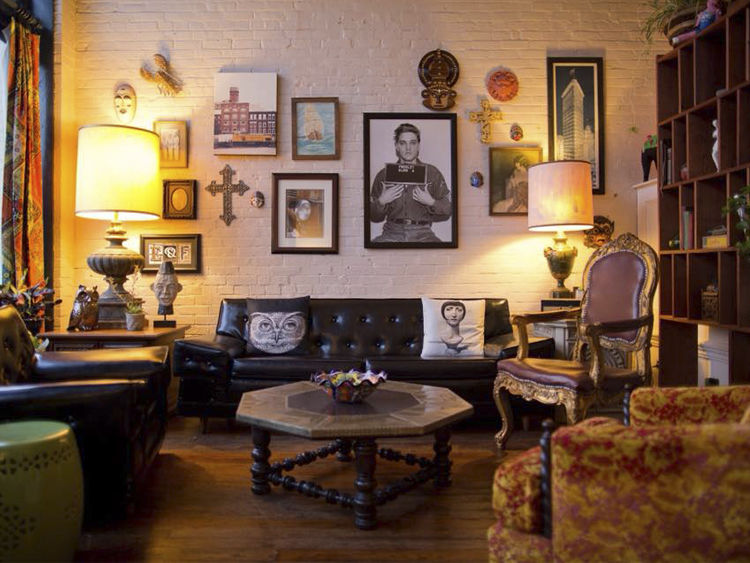 The lounge seating area at Ebb and Flow Fermentations. 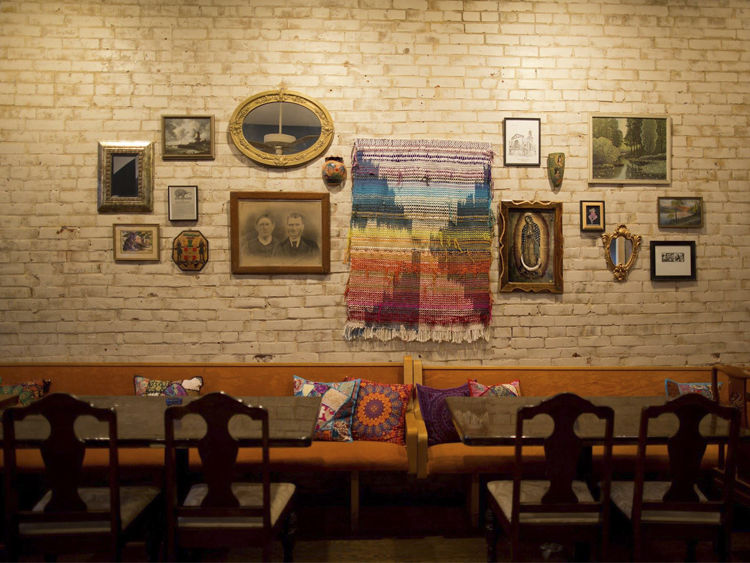 The standing bar side of Ebb and Flow Fermentations features a seating area with former church pews. 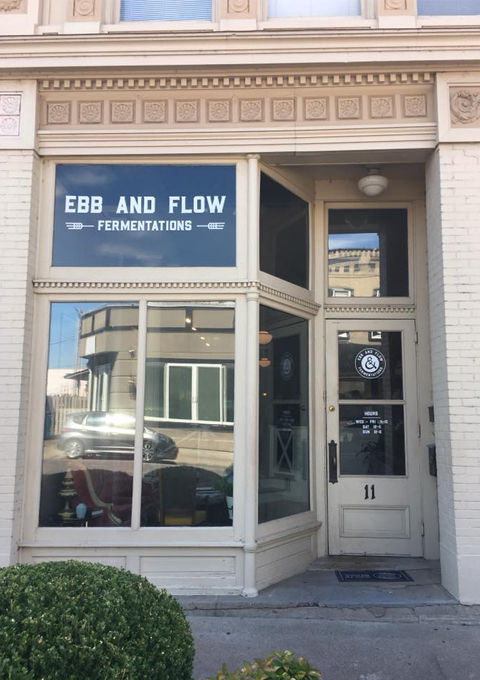 The brewery itself will open this fall.

The lounge seating area at Ebb and Flow Fermentations.

The standing bar side of Ebb and Flow Fermentations features a seating area with former church pews.

Cape Girardeau has a new craft-beer bar – and it’s like nothing else you’ll find in town.

After months of preparation, DeWayne Schaaf debuted the first phase of Ebb and Flow Fermentations at 11 S. Spanish St. Currently the bar serves 14 beers on tap, plus one draft kombucha from Confluence Kombucha in St. Louis.

The curated beer list features pours less commonly available in Cape, like Funkwerks’ raspberry provincial, Off Color Brewing’s Predator Noir saison and Brick River Cider’s Homestead cider. The list reflects the styles of beers that Schaaf plans to offer through Ebb and Flow’s brewery, set to celebrate its grand opening in the space this fall. Schaaf’s focus is on sour and wild/mixed fermentation beers brewed with Norwegian yeast strains, among other brews, although he says beer fans can expect a range of rotating house offerings.

In addition to opening Ebb and Flow, Schaaf is chef-owner of Cape’s beloved Celebrations Restaurant. As such, he’s developed a food menu at the bar to complement the beer list. Options range from snacks – think standard fare, like a house pickle plate and charcuterie board, but also creative fare like elote corn dip with cilantro, Feta, morita chile powder and toasted pita. Entrées range from an open-faced roasted pork sandwich with cream cheese, Carolina-style barbecue sauce, a rosemary-chile flake slaw and candied jalapeños to a lamb flatbread topped with eggplant purée, arugula, white Cheddar and sundried tomatoes.

When designing the craft-beer bar that will eventually serve as the brewery’s tasting room, Schaaf wanted to create a comfortable and homey atmosphere. The space is divided into two rooms: A cozy seating area with sofas and lounge chairs, and a standing-bar room with tables and former church pews as bench seating. The walls are adorned with a range of artwork: tapestries, vintage photography and paintings, antique mirrors and even a large framed photo of Elvis Presley’s U.S. Army enlistment photo.

“I didn’t want it to feel like a bar,” Schaaf says. “A lot of places around town, when you walk in, it feels like a bar. There’s nothing wrong with that, that’s just not what I wanted. When I was 19, 20, I was really into [Jack] Kerouac and the Beats and stuff, and that kind of timeframe – from there to like late ‘70s California. I always thought that had sort of a cool feel to it – relaxed. So it’s this kind of eccentric mix of different places and times pasted together. I wanted it to feel really comfortable and like you’re going into somebody’s house.”

As for the brewery, Schaaf is aiming for a mid- to late October grand opening. Ebb and Flow won’t have year-round or core beers; instead, Schaaf and brewer Brandon Simmons will vary their offerings regularly. Schaaf believes that as a chef, he has a unique reference point for beer brewing. For example, he’s currently working with Simmons on a beer made with oak-smoked malt, morita chile peppers, Hawaiian black lava salt and a kveik (or Norwegian) yeast known for its caramel attributes. They’ve dubbed the beer SSS&S for its balance of sweet, smoky, spicy and salty flavors.

“It turned out really cool; we’re trying to do a lot of culinary-based beers like that,” Schaarf says. “I’m a big fan of the Basque region of Spain, so we also made some homemade membrillo and did almost like a Belgian tripel and used this yeast blend that I’ve shared all over the world called Mud King, with saffron and smoked paprika.”

Schaaf and Simmons have hosted some private tastings of their experiments so far, which Schaaf says have been encouraging. And with the craft-beer bar up and running, they also recently drove to Tennessee to pick up some fermenters for the brewery.

Yet for now, beer fans in Cape will have to keep themselves busy making their way through the craft-beer bar’s impressive selection.

“Right now the feedback has been just fantastic,” Schaaf says. “We also have a massive courtyard, and lately, since the weather has been rather pleasant, we can fit almost 70 people out there. So Cape is really enjoying that new outdoor seating option and having a bunch of different beers.”

Liz Miller is a writer and editor based in St. Louis.

With a new cookbook, Kansas City's Gigi the Vegan hopes to make vegan and raw cooking more approachable to all